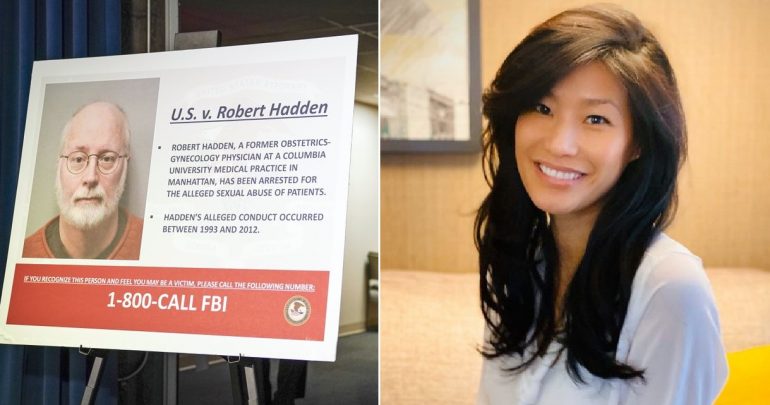 The accusations go back nearly two decades. Hadden is accused of singling out young and unsuspecting victims, including a young girl he’d delivered at birth, according to the Associated Press.

Hadden surrendered his medical license back in 2016 and served no jail time as a plea deal he made with Manhattan District Attorney Cyrus R. Vance. Jr. Some may remember District Attorney Vance from the 2016 Frontline documentary Abacus: Small Enough to Jail. He famously went after a Chinese-American owned back in New York’s Chinatown; the only bank to ever face criminal charges following the subprime mortgage crisis.

Hadden gained additional mainstream notoriety after Andrew Yang’s wife, Evelyn, came forward during the peak of the #MeToo movement and accused him of sexually assaulting her back in 2012, when she was seven months pregnant.

Hadden was arrested at his home in Englewood, New Jersey. He pleaded not guilty at a court hearing Wednesday to six counts of inducing others to travel to engage in illegal sex acts and ordered released on $1 million bail over the objections of the prosecutor who vehemently stated Hadden is a flight risk.

One of Hadden’s victims spoke at his hearing and unsuccessfully urged the judge to hold him pending his trial, reported the Associated Press.

“I don’t think he deserves any opportunity to prevent justice in whatever means he could potentially do that,” Jessica Chamber, one of Hadden’s victims explained. “He has injured many, many, many women and he has to be held accountable for that.”

Acting U.S. Attorney in Manhattan, Audrey Strauss said Hadden had “inappropriately touched, squeezed and even licked his victims” and subjected a young girl he’d delivered as a baby “to the same sort of sexual abuse he inflicted on his adult victims.”