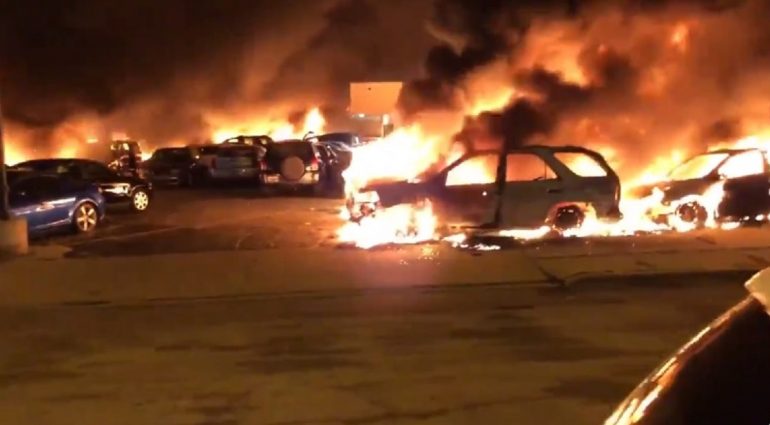 Sam is an Indian immigrant who immigrated to Kenosha, Wisconsin, and started his own business, a car dealership called Car Source. Within a period of two nights in late August, Sam lost 137 cars, all burnt to a crisp by Black Lives Matter arsonists. “What did we do to deserve all this?” Sam asked a reporter for The Federalist.

“I’m a minority too. I’m a brown person. I have nothing to do with this,” Sam said. The 17 people employed by Car Souce lost their jobs “for nothing.” Within 48 hours, Sam lost “every dime” he has and he doesn’t know what to do.

Sam explained to The Federalist that his family has been “in tears” for the last few days. Black Lives Matter spent two nights meticulously setting all his cars on fire before completely ransacking his office and then burning the building down

According to witnesses, many BLM members could be heard laughing with joy as they set cars on fire and stole staplers and other stationaries from Sam’s office.

“Our insurance company is finding their way out so they don’t have to pay for all this arson that took place Monday early morning and 2nd time early Tuesday morning. Please help share this GoFundMe page ‘Car Source in Kenosha’ and help us try to get back onto our feet. GOD BLESS!!!!!!” Sam wrote on his GoFundMe Page.

GoFundMe Page can be accessed by clicking HERE