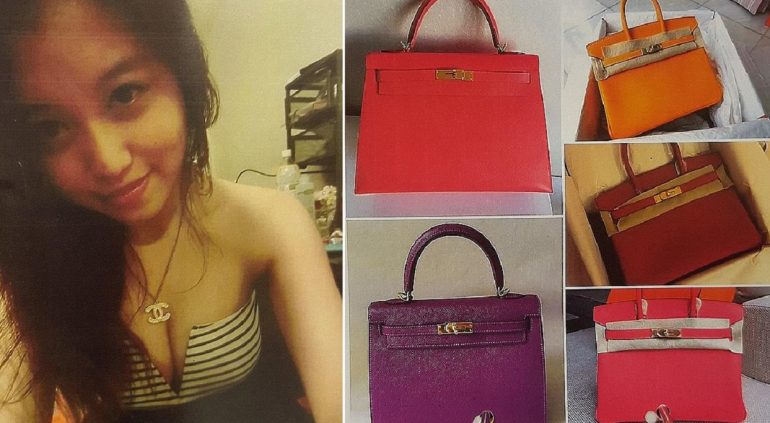 All charges have been dropped against 21-year-old Christine Jiaxin Lee, who allegedly spent $4.6 million on luxury goods over a period of 11 months back in 2014-2015 because of an unlimited overdraft error made by Westpac Bank.

Lee had previously appeared in court charged with dishonestly obtaining financial advantage by deception and knowingly dealing with the process of the crime, according to the Daily Mail.

The chemical engineering student at Australia’s Sydney University realized she had an unlimited overdraft back in July 2014. She figured her parents must be doing well and why ruin a good thing by asking them where the money is coming from?

“I’m an obedient Asian daughter, who am I to question the decisions of my parents? If the money is in the account, it’s in there for a reason. Mistake? I don’t know anyone who would be dumb enough to deposit that much money into an account by mistake.”

Westpac finally found out about the error in April 2015 and a senior manager phoned Lee and demanded she explain and return the millions of dollars now missing from her account. Lee adamantly claimed she believed her parents were transferring the money into her account.

When police began contacting her about the money, she arranged an emergency Malaysian passport for herself. Prosecutors believed she did it specifically so she could leave the country undetected.

In May 2015, authorities arrested Lee at Sydney’s Kingsford Smith Airport while she attempted to board a flight back to Malaysia.

Senior Westpac banking officials stated to the Daily Telegraph that the situation was a “big, fat banking error.” They admitted they were forced to track down more than $1.3 million Lee hid in multiple private accounts in a sophisticated layer she designed to cover her tracks.

“Westpac has taken all possible steps to recover its funds, including taking civil action against Ms Lee. The criminal charges against Lee were a matter for the Director of public Prosecutions (DPP) and police, and we respect their decision,” stated a Westpac spokesman.

The reason why prosecutors dropped the case against Lee was because a similar case involving a man charged with fraud for withdrawing $2.1 million from ATMs was thrown out of court. In Lee’s case, she didn’t specifically obtain the money through fraud.

Lee stated through her lawyer she plans on returning back to Malaysia before the civil suit. She’s had enough of Australia.