On Friday, September 4, six French teenagers of North and Sub-Saharan African descent were jailed for two to six years in prison for a string of violent muggings of some 20 Chinese people. One of hundreds of anti-Asian attacks by the African migrant community in the Paris suburbs.

Aged 18 to 21, the incidents took place back in 2018 in the Paris suburbs. The teenagers would wait outside popular Asian restaurants for their victims, according to court records. They would then follow the victims to their houses, where they attacked them violently and robbed them.

“They acted methodically and showed real professionalism,” the prosecutor said on Thursday, September 3.

The prosecutor made very clear the African teenagers targeted their victims “due to their ethnic group,” which many people argued wasn’t enough evidence to prove the crimes were racially motivated.

The prosecutor also stated “that two to three violent robberies on Asian people take place every week in Sein-Saint-Denis,” a region on the outskirts of Paris where many Chinese people work in the textile sector, according to South China Morning Post.

Deutsche Welle (DW), an English-language German news company interviewed several African migrants in the Paris suburbs back in 2016 on their views toward the Chinese.

“I don’t like the Chinese! I don’t know why, I just don’t,” one North African migrant stated.

“I think the Chinese have become ‘too rich’ in France. It’s not fair,” another African migrant stated to DW.

The African migrant population has been specifically targeting the Chinese community in the Paris suburbs of Aubervilliers. French authorities refused to help for years fearing disproportionately arresting African migrants would harm the image of the liberal French government pandering to French-African citizens. This decision turned nearly all the Chinese immigrants to the Right in France—causing local authorities to be even more unhelpful.

French sociologists conducted a comprehensive study and found that the “Chinese communities were self-sufficient, hard-working, and discreet. However, the African migrant community is far less successful and reliant on government aid. This has caused a competitive ideology where Africans feel threatened by Asian success in France,” according to sociologist Guylain Chevrier.

The situation in Aubervilliers took a turn for the worse when African migrants beat a father of two, 49-year-old tailor, Zhang Chaolin to death in 2016. Over 15,000 ethnic Chinese marched to Place de la Republique to demand more protection from police and justice for Zhang Chaolin. 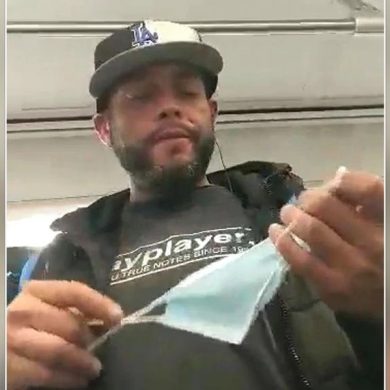