Yale law professor and husband to the author who coined the phrase “Tiger Mom” has been suspended over allegations of sexual harassment.

61-year-old Jed Rubenfeld, who is married to author Amy Chua, adamantly denies the claims against him, according to the Daily Mail. His suspension will last two years.

Rubenfeld has been accused of verbal sexual harassment, unwanted touching, and attempted to kiss several students over a period of decades, Daily Mail reports. The alleged incidents happened both in school and in his home where he hosted parties.

He claims the allegations are false and suspects he was targeted because of controversial comments he made in the past about Title IX Yale campus rules, which he previously said could make someone false believe they have been the victim of a sexual assault.

“I absolutely, unequivocally, 100% deny that I ever sexually harassed anyone, whether verbally or otherwise,” Rubenfeld stated.

“Yes, I’ve said stupid things that I regret over the course of my 30 years as a professor, and no professor who’s taught as long as I have that I know doesn’t have things that they regret that they said,” he stated to New York Magazine.

“Ironically, I have written about the unreliability of the campus Title IX procedures. I never expected to go through one of them myself. I think subsequent to me having written some controversial articles about sexual assault, that I became a target of people making false allegations against me,” he added.

Allegedly, claims against Rubenfeld have been whispered around campus for years. One unnamed woman allegedly claimed she was warned by male alumni: “You’ve not scraped the bottom of the barrel when it comes to Rubenfeld’s behavior. Stay away.”

Rubenfeld and his wife, Amy Chua have two daughters, one of whom clerked for Brett Kavanaugh.

Amy Chua’s book sparked controversy of its own when it was released in 2011. In her book, she explains why she raised her daughters in a “Chinese” way rather than in the style of Western mothers. She was immediately labeled a racist by liberal-leaning outlets.

Her harsh parenting tips included “nothing is fun until you’re good at it” and “every day that you don’t practice is a day you’re getting worse.” Chua caused further uproar again in 2014 when she wrote another book that claimed certain ethnic groups “drastically outperform” others in America.

Feature Image via The Standard 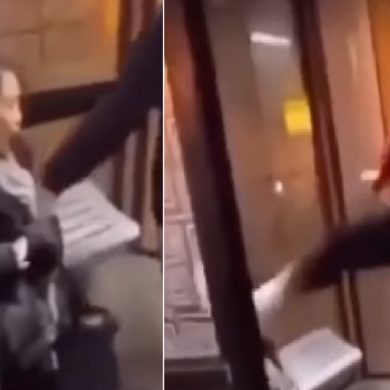 Three Juveniles Arrested For Kicking Asian-American Woman in the Face