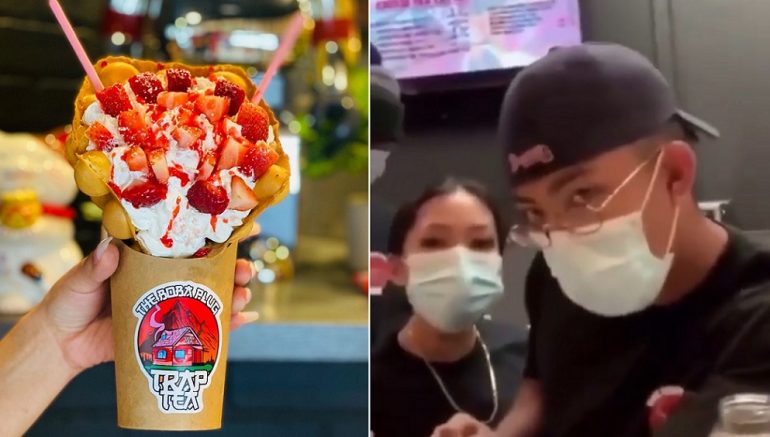 An African-American woman walked into a newly opened boba tea shop in Aurora, Colorado, Friday, August 21, and berated the owners and employees about “stealing black culture.”

On her Instagram account @Alewiaaaa, the woman was apparently angry the establishment’s name is “Trap Tea.” According to Wikitonary, “trap house” is a slang word used to describe a crack house. A place where illegal drugs are manufactured, packaged for sale, or sold on the street.

Because the very word is considered African-American slang, Asians have no right to naming their establishment “Trap Tea.”

“This establishment is not black-owned, but you’re stealing black culture,” the woman filmed herself saying.

She continued to interrupt “No! You’re thieves, Asian people stealing black culture once again.” Mind you, this woman filmed this incident using Asian Tech culture. From the Korean-American who co-invented MOSFET, which allows smartphones to exists today, a TSMC 7-nanometer chip in her phone, Samsung OLED technology to a Sony camera; she’s “stealing” Asian culture, which is as iconic as German engineering or Italian fashion.

As the Asian employees and owners tried to explain to her the error of her ways, she interrupted them once again “It’s okay, you’ll be exposed, so, you’re not black-owned, you’re stealing black culture!”

Trap Tea released a statement via their Instagram account yesterday to address the incident and to explain the name “is a flip on the dragon ball z kame house from the popular anime show,” which is a Japanese cartoon, therefore, not stealing from black culture.