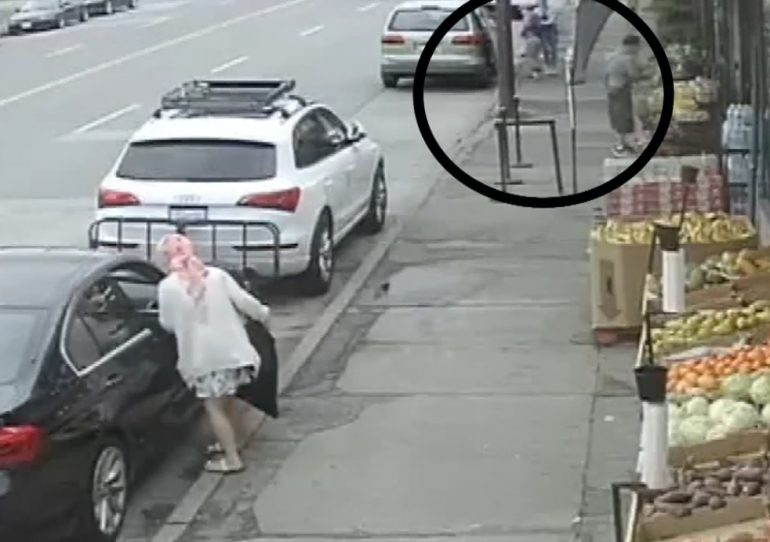 CCTV footage shows a woman walking up behind MaryLou and shoving her into the side of the vehicle, then walking away, according to Global News.

“From our understanding, it was intentional, because as you can see from the video the sidewalk was quite wide,” Corrales stated to Global News. “She’s shaken up.”

MaryLou now has series doubts about shopping at 88 Supermarket after this incident.

“She went to go shop there last week, but she didn’t go alone. She went with a group of people to make sure something like this doesn’t happen again,” said Corrales.

He said the woman who shoved his aunt said something to her, but she was in shock and didn’t catch the words. The family did report the incident to Vancouver police, but Corrales says they don’t intend to press any charges.

Corrales stated to Global News he just wants to get the word out about the anti-Asian racism going on in Vancouver and its continuous surge during the pandemic.

“I want them to know that we are all in this together, we’re all contributing towards getting rid of this virus, and acts like this against groups of people of different ethnicities, it’s not stopping the virus.”

This incident comes as Vancouver police documented a 600% increase in anti-Asian racist incidents since the start of the pandemic, including verbal harassment, graffiti, and physical assaults.

Corrales was particularly insulted by the incident because multiple members of his family work in the healthcare sector and are in the front lines of the pandemic.