With one of the strictest gun laws in the United States as well as the city of Chicago, New York City has seen over 50 people shot with seven dead over the weekend, according to the Daily Mail. Last weekend in Chicago, over 35 people were shot and three killed, according to CBS 2 Chicago.

Mayor de Blasio has been so obsessed with reducing Asian-American student enrollment in specialized high schools in New York and forcing his police force to reduce stop-and-frisk—has led to a crime wave the city has not seen since 2015.

De Blasio also took an additional $1 billion away from the NYPD after being pressured by Black Lives Matter, reported the Daily Mail.

Brad Pedell, owner of 221B Tactical—claims sales of body armor are up 80% this year when compared with 2019 due to the “unrest” the city and the nation has been dealing with.

“You wouldn’t believe the people who call up and say, ‘I’m scared,’” Pedell stated to the New York Post. He explained most of his buyers are from the Bronx and Brooklyn, where shootings have skyrocketed.

Also, in a move that could only happen in de Blasio’s city, the New York City Council decided to defund hate-crime prevention as Anti-Asian attacks are skyrocketing in the city, according to City & State New York.

Once considered “safe[r]” neighborhoods in New York are now seeing inexcusable spikes in crime. Peddell, owner of 221B Tactical continued to explain his customers need protection because their “neighborhood is getting dangerous.”

However, Sen. Chuck Schumer wants to create new legislation to require anyone purchasing a bulletproof vest should be cleared by the FBI. Schumer doesn’t feel comfortable people can just purchase a $185 vest and a $10 tactical mask without paying a fee and going through some sort of vetting process, according to the New York Post.

“With the click of a mouse, scroll of a thumb, dialing of a phone, someone up to no good can get this,” Schumer stated. “What we have learned is that a good number of that intent on mass shootings buy body armor. They want to kill as many people as possible,” the Senate minority leader said.

Under current laws bulletproof vests are completely legal to own in all 50 states, with the exception for convicted criminals. However, Democrats are trying to change that policy.

Many parts of New York City has seen a near breakdown in law-and-order. In a rare move, the NYPD union has officially endorsed President Trump for re-election, reports the New York Post. This recent endorsement has angered Rep. Alexandria Ocasio-Cortez (D-Queens). “NYPD union endorsed Trump. I’m sure this is part of their neighborhood outreach plan,” Cortez stated.

“Also, does anyone else see a potential problem with police unions—enforcement arms of the state with lethal weapons—promoting ‘preferred’ candidates for office or is that just me?” Cortez continued. 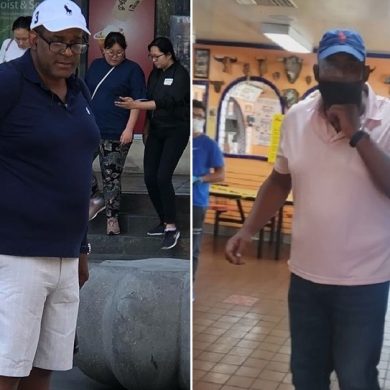