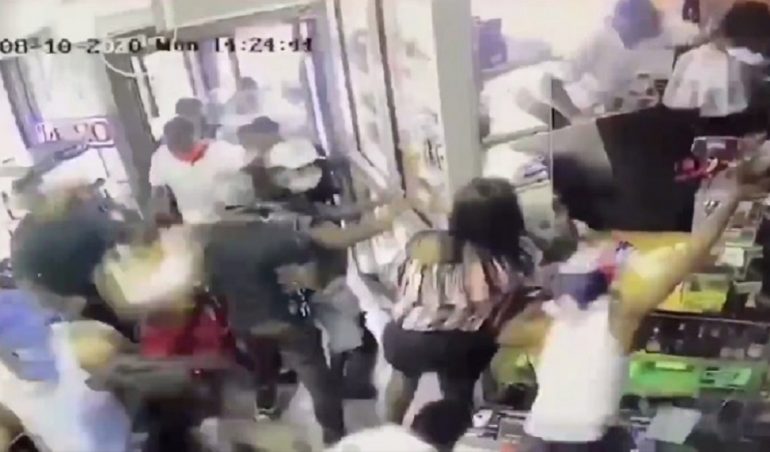 Chicago business owner Walid Mouhammad spent $300,000 repairing his convenience store after his business was nearly destroyed back in May from the first wave of riots, according to the Daily Mail.

Monday night, August 10, Mouhammad’s convenience store was looted again. The looters spent about 25 minutes at his store, between breaking down his newly installed steel security door and ransacking the entire establishment.

Police finally arrived at the early stages of the store being ransacked. “No one came to stop them. The officers are seeing what is going on but are doing nothing,” Mouhammad told Fox News.

Tommica Foster-Akin, Mouhammad’s landlord, told local news outlets “I made six calls myself. The store owners, they made calls; my maintenance guys made calls.”

Before Mouhammad pays to repair his store once again, he wants assurances from the city they’ll protect him. “I want to know, are we protected or not? I want them to take care of the small businesses,” he told Fox News.

Mouhammad said he has “been through a lot. A lot of drama, a lot of stress. I don’t know what I’m going to do.” He plans on suing the city of Chicago for taking more than 25 minutes to respond to his calls.

“The looters have made the point that we’re larger than you, we outnumber you, you’ve heard that in some of the crowds, we’ll be back, this kind of empty threat, we are committed to deploying our resources as large as we have to be, not only to protect our downtown but also our neighborhood retail corridor,” Chicago Police Supt. David Brown stated.

Chicago police plans on deploying more than 1,000 cops on the streets over the weekend to help prevent a repeat of last week. They also arrested 100 people involved in this week’s looting spree.

Mouhammad is rightfully questioning why looters have decided to attack small businesses. “What my business has to do with it. If you have something against the officers or whatever, then why you come to break in our businesses, why you destroy us for?” he said to Fox News.