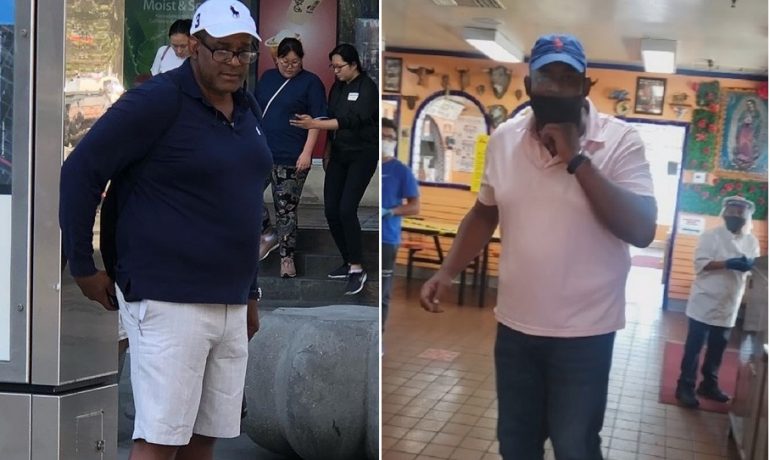 A few days ago, Asians With Attitude, Asian Dawn, and Jackfroot helped a video go viral, which showed a Korean woman being verbally harassed after rejecting the advances of a man who later identified himself as Fredrick Douglas Smith and even gave out his social security number and date of birth. It seems this wasn’t an isolated incident with this individual.

A couple of new reports are surfacing about Smith verbally harassing Asian and Latina women in Koreatown, Los Angeles.

This particular incident happened to a woman and her young son back in early July 2019. Netizens across Instagram have discovered this woman’s post and recognized Fredrick Douglas Smith.

“I wasn’t going to post this but I’ve been dealing with this anxiety for the past 2days that won’t let me sleep and my son is traumatized from this experience we were attacked by this individual and I felt maybe I should post this for us women who are out there by themselves to be in the lookout for this fu*ken psycho!! Monday afternoon Brandon and I were headed to his Jiu Jitsu class we decided to take the bus since it’s not far at all

We normally always Uber but I somehow felt it would be nice to take the bus since we haven’t taken the bus in a very long time. This guy approached me and started harassing me right away right in front of Brandon we went at it verbally and hoped he would back off and leave me alone, that wasn’t the case he walked away and immediately started walking towards me ready to attack I started walking backwards trying to get away from him so he wouldn’t grab me, the saddest part in all of this is I realized no one cares!

No one bothered to say anything or intervene I looked at my sides hoping for a second someone would help me, thankfully someone was watching someone I would have least expected to give a sh*t! A bum, more like a traveler that’s always on the move.

Well he looked at me and signal to go towards him I felt a sense of relief for a second that someone was willing to help me. This guy was chasing me trying to grab me while I was hiding behind the bum but while I was hiding behind the bum I noticed how this bum had a knife ready to attack this guy, at that moment I realized how this bum was willing to hurt this guy to protect me! Long story short Brandon and I got in a bus that ended his route after he noticed what was happening he called the cops but Cops never showed and this asshole got away…

How is it that twice that I’ve needed the fucken cops they never show up I’m disappointed that both times that I needed them they never showed It’s pretty fucked up if you ask me maybe a girl being harassed and attacked with her kid isn’t as important to them but anyways Be careful ladies he’s about 6’4 he’s crazy! This happened in Wilshire/Western.”