After a prolonged bidding war, Japan’s Sony Pictures and its TriStar division has acquired the rights to I Wanna Dance With Somebody, the musical biopic of singer Whitney Houston and will be penned by Bohemian Rhapsody’s screenwriter.

The theatrical release for I Wanna Dance With Somebody is set for Thanksgiving 2022.

Stella Meghie, who directed the Issa Rae romance flick The Photograph will direct the upcoming film and the writer behind Queen’s biopic, Bohemian Rhapsody, Anthony McCarten is slated to write the screenplay, according to The Hollywood Reporter.

The movie has the backing of Houston’s estate along with the former owner of Arista Records, Clive Davis. Houston sold over 200 million records worldwide with hit songs such as “How Will I Know,” “Saving All My Love For You,” and “I Wanna Dance With Somebody.” She also starred and recorded music for the blockbuster hit The Bodyguard with Kevin Costner. Houston sadly died in 2012 at the age of 48.

“Whitney just makes you want to get out of your seat and sing and dance!” said TriStar head Nicole Brown last Tuesday. “She is anthemic in every way. Anthony McCarten has bottled that up in his masterful screenplay bringing this beloved legend to life in a way we’ve never seen her—funny, exhilarating, aspirational, complex and incredibly human. Add to that Stella Meghie, a diehard fan, who is so gifted at telling beautiful, modern, feminine tales. With the guidance of Pat Houston, the legendary Clive Davis, Larry Mestel, Denis O’Sullivan, and Jeff Kalligher, we have the absolute dream team to create the ultimate celebration of Whitney’s incredible life and musical achievements.”

“From all my personal and professional experience with Whitney from her late teenage years to her tragic, premature death, I know the full Whitney Houston story has not yet been told,” stated Davis. “I am so glad that Anthony McCarten has committed to a no-holds-barred, musically rich screenplay that finally reveals the whole Whitney, whose vocal genius deeply affected the world while she bravely battled the demons that were to be her undoing.” 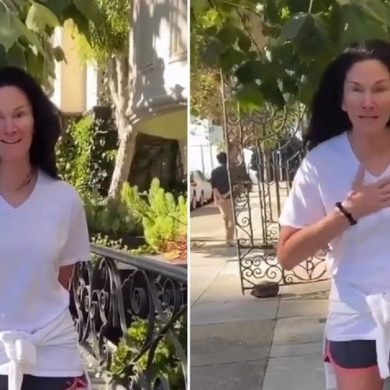