Chinese Teen Hospitalized After Being Attacked and Then Arrested by NYPD 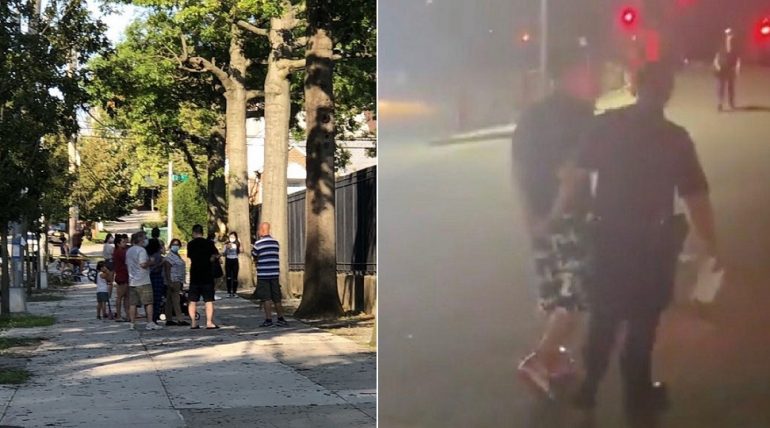 18-year-old Yuxi Chen was playing basketball around 5:55 pm at Marie Curie Park in Queens, New York on Saturday, August 8. According to other witnesses, Chen was approached by an African-American male weighing around 250-300 lbs. who started screaming “China virus! You guys [are] the ones [bringing] the virus into [the] US!”

Witnesses immediately called 911 and Chen was taken to the hospital.

Around 11:30 pm Saturday night, three police officers from the 111 Precinct arrived at the hospital and placed Chen under arrest. The officers handcuffed the teen’s hands and ankles. He was then escorted out of the hospital and taken to the local precinct, where he was fingerprinted and later released that very same night.

According to AsAmNews, a spokesperson for the New York City Police Department stated the 18-year-old boy, named Yuxi Chen is accused of grabbing a 7-year-old boy by the arm and dragging him from the jungle gym to the water fountain after the boy threw water balloons at him. Chen admitted to police on bodycam footage he did indeed grab the boy by the arm after the water balloon incident. However, there is a “dispute” whether Chen dragged the boy or not.

This act then upset the father of the 7-year-old boy, 29-year-old Tyrell Davis, who then attacked Chen and beat him until he lost consciousness. Davis was also arrested by authorities.

The authorities did not mention any type of racial slurs used during the attack. There is no evidence to support Chen’s claim racial slurs were used or if he was continuously splashed with water by the 7-year-old boy.