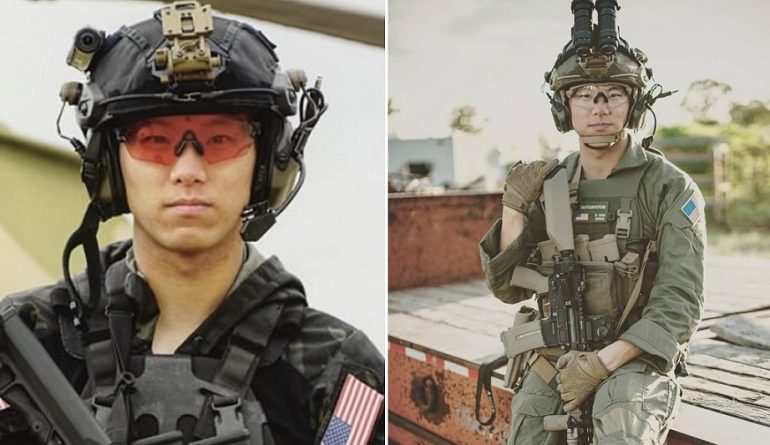 31-year-old Gregory Wong was arrested by the LAPD early Tuesday morning in downtown Los Angeles for impersonating a National Guardsman and was armed to the teeth, according to Fox11.

Apparently, Wong got dropped off by an Uber driver right across the street from LAPD headquarters. He then tried to sneak into formation with the National Guard. Other soldiers spotted him right-off-the-bat because of the type of rifle he was carrying—an AR-15 rather than an M4 or an M16.

National Guard soldiers immediately reported Wong to the LAPD. He was apprehended without incident and had an array of body armor options, an extra sidearm, and other tactical gear, which was more excessive than your regular National Guardsman. The main reason why he was made by other soldiers.

Fox 11 News was able to interview a former reservist, named Jeremy Ma, who is also a friend of Gregory Wong. “No one I know in the military would do anything so stupid, he kitted himself out as if he was ready to go to Afghanistan and kick in doors. I’m a former national guardsmen, the National Guard deploy with their uniforms, body armor, riot helmets, and one weapon, usually a sidearm or a long arm, he showed up with a sidearm and a long arm, his equipment that carried his body armor was the wrong color, he essentially had a lot of extra equipment,” stated Ma.

While in custody, Wong stated he was meeting one of his friends who was in the National Guard and wanted to defend a jewelry store in downtown. Police stated Wong never left National Guard formation and they believe Wong never intended to hurt anyone. Wong is currently being charged with a felony for the manufacturing and distribution of assault weapons.

Friends of Wong say he made a big mistake and he’s a nice guy. He’s into cosplay and stated on Facebook he wanted to help protect the city from looters.