Legislatures in California want to bring back racial preferences in college admissions. Some politicians believe banning affirmative action back in 1996 was a big mistake for California and are trying to take steps in appealing Proposition 209. ACA5 will be put into the November ballot, which would allow universities to accept students based on race and not merit.

The political language today is substantially different from 24 years ago. Over 20 years ago, leading up to Proposition 209, many African-American and Hispanic organizations claimed banning affirmative action would benefit Caucasian students. But a funny thing happened, Asian students ended up benefitting because once Prop.209 was passed, the UC system had to accept students based on merit and not race.

The link to the comprehensive CEO study can be found here

Some argue MIT is simply a better school than Caltech and that’s why the Asian-American population is substantially lower, but if that were the case, why would the African-American or Caucasian population be smaller in Caltech than it is in MIT?

Is racial preference the way to go? Would this way of thinking apply to the NBA or NFL where Asian-American representation is non-existent? Or does it only apply when Asians dominate?

Many progressives love pointing to a McKinsey study, which showed a diverse workforce generates better returns and is more innovative.

Food Delivery Worker Killed by Out of Control Mercedes Benz

The link to that McKinsey study can be found here

However, what that McKinsey study does not mention is the type of diversity in those companies that perform better. They mention companies like Google, Facebook, Intel, Apple, Microsoft…but there’s just one problem, the diversity they claim is better is mostly Asian and Caucasian.

The Asian-American employee population in Google is 39.8%. Blacks are 3.3% and Hispanics are 5.7%. These are the very numbers of diversity progressives hate, yet they brag about the McKinsey study proving diversity works. It does work, but it’s the exact type of diversity they’re arguing against.

Facebook also has a very large Asian-American employee population, as of 2019, standing at 43% of the company. Hispanics are 5.2% and African-Americans are at 3.8%. The McKinsey study shows diversity is beneficial, but once again, fails to mention the type of diversity is not aligned with progressive standards, which wants fewer Asians and more African-American and Hispanics. 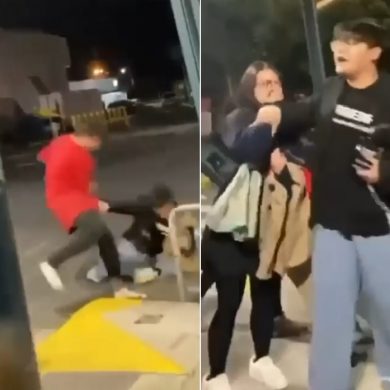