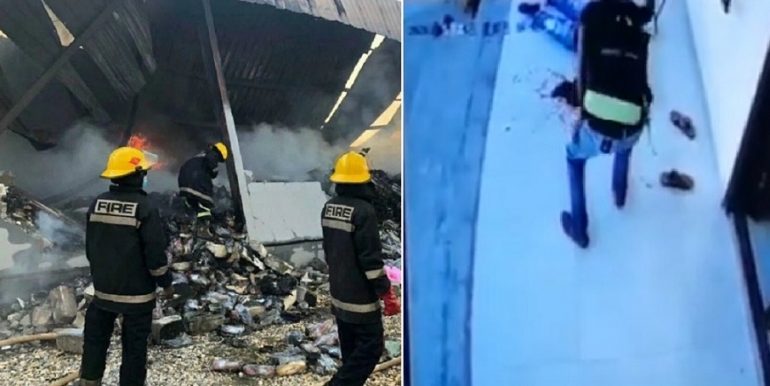 Three Chinese nationals from Jiangsu Province were murdered in Zambia, Africa by three suspects who then set fire to their clothing company warehouse on Sunday, May 24, according to Zambia Reports. These recent string of violent attacks toward Chinese nationals has enraged the local Chinese population.

According to the Global Times, the murder and arson were committed by three Zambians, two men and one woman pretending to be customers. They made their way into the warehouse under the pretense of picking up goods.

The suspects then hacked three Chinese nationals to death with a machete and an ax before committing robbery and setting fire to the warehouse to destroy evidence, according to Zambian police.

When Zambian police and firefighters initially arrived at the warehouse, they could not locate the owner or anyone in charge of the complex. Authorities then began searching the complex and found a massive bloodstain at the entrance of the house along with a machete located behind the warehouse.

Further searches lead to the discovery of a burnt female body, which was later identified as 52-year-old Hu New Cao, the wife of the company’s owner, Lu Yutong.

The Chinese Ambassador to Zambia is working closely with Zambian authorities and stated to the Global Times, the police have arrested two suspects and is currently searching for the third suspect.

Chinese nationals living in Zambia have claimed the Lusaka (capital of Zambia) Mayor Miles Sampa has continuously been provoking conflict against the Chinese with his frequent anti-Chinese remarks. Most recently, stating China’s closed-off management system is “slavery reloaded” during a cement factory inspection.

Back in October 2015, a Chinese company was robbed with three nationals killed and three more injured in Kitwe, Zambia. In November 2017, a Chinese national was killed during an armed robbery at a Chinese owned industrial plant.