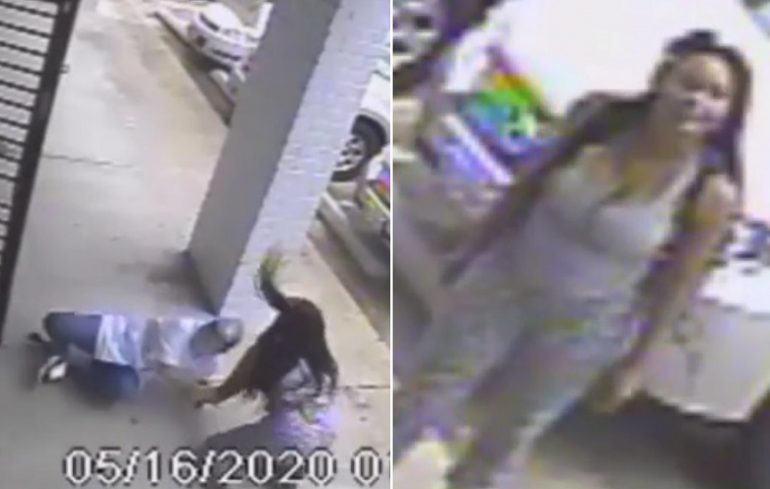 This story broke over at Jackfroot early Sunday and footage was provided by one of their followers. This incident occurred Saturday, May 16, 2020, at Top Cindy Nails on Veterans Memorial Drive in Houston, Texas. An African-American woman entered the nail salon and requested a manicure and pedicure.

The owners of the business politely told the in-coming customer to wait while they finished working on another customer. Soon after, the new customer became impatient and began complaining about the wait time and as a result, started knocking over a few display items on the counter in the store.

The owners quickly jumped into action and dragged the female customer out of the store before she could cause more damage. In the clip, the customer can be seen hitting and attacking a man once taken outside.

Two bystanders can be seen helping the Vietnamese store owners outside as well. One of the bystanders was also an African-American woman and became irate at the customers’ behavior and can be seen wanting to fight. The second bystander, possibly her brother/boyfriend/friend intervened and stopped her from getting physical.

Two Brothers Drown in School Pool with 3 Lifeguards on Duty

The Good Samaritan began taking a northpaw stance while being held back, which spooked the irate customer and calmed her down. The customer later drove away, but not before throwing a drink at the salon owner’s car. It must be noted the innocent woman who helped the Vietnamese store owners later said the irate customer followed her home and attacked her with a baseball bat.

A police report has been filed.