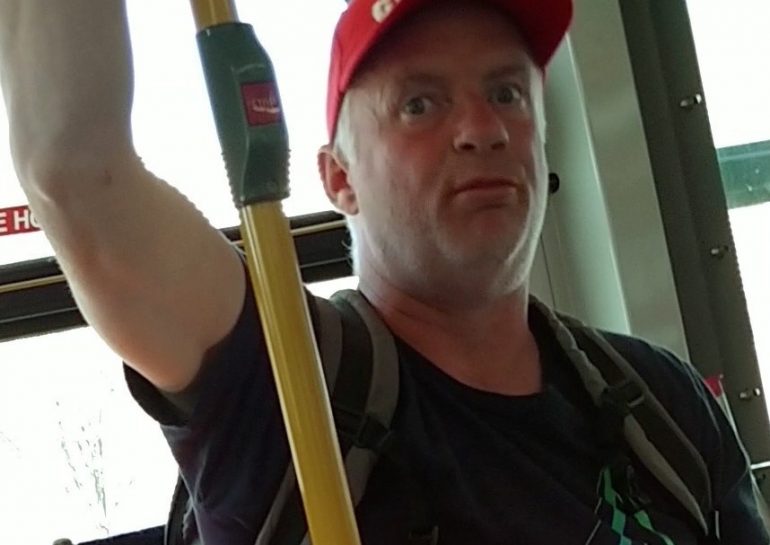 Metro Vancouver Transit Police is asking for the public’s help in identifying a man suspected of attacking a woman, punching her multiple times, and pulling her hair while on a bus.

Transit police released a statement of the incident:

“At approximately 4:25 pm, on April 15, 2020, a man boarded a bus at Main Street and East Hastings in Vancouver. Shortly after, two Asian women, wearing protective masks, entered the bus and sat down. The man immediately directed his attention to the two women, stating words to the effect of “Go back to your country; that’s where it all started.” A woman who was sitting directly across from the man told him to leave the two women alone. This led to a brief argument between the man and woman where he allegedly threatened her.”

The victim’s injuries are not life threatening. She received bruising to her leg and on her scalp.

The suspect in the picture is identified as a Caucasian male, between the ages of 45-55 years old, approximately 5’6”, about 180 lbs., with a stocky build. He was last seen wearing a red baseball hat with the letter “V” marked in the center, a blue t-shirt, light grey training pants, and blue shoes. He was carrying a dark grey jacket with a grey backpack.