The Late-Goo Hara’s Mother Wants Half Her Assets 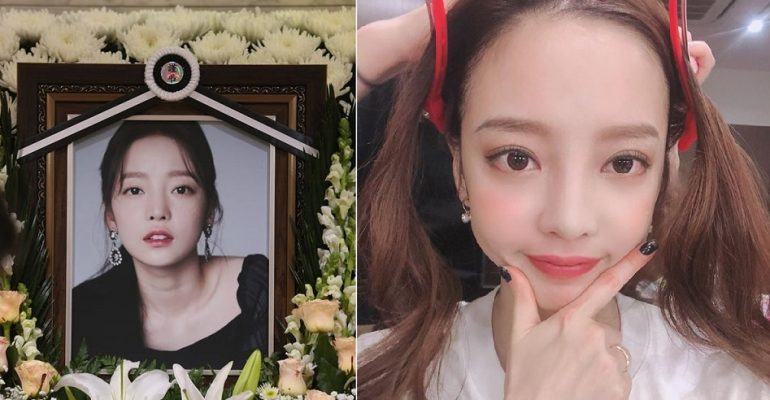 K-Pop star Goo Hara, a former member of Kara and solo artist sadly took her own life on November 24, 2019, after dealing with depression and online bullying from toxic netizens.

Her older brother, Goo Ho In, 30 is now currently fighting a legal battle with their mother who demands half of Hara’s assets. The precursor for this lawsuit started on November 27, 2019, during Goo Hara’s funeral.

Hara’s estranged mother showed up to her funeral after abandoning her and her brother when they were nine and seven years old. They were raised by their grandmother while their father worked in construction sites all over Korea to support the family.

Upon showing up to the funeral, the estranged mother began filming the event and asking celebrities for selfies and tried to force her way into the main group of family members where she insisted on being the ‘chief mourner’ because she was Goo’s mother. She was later stopped by other family members and footage she captured on her smartphone was later forcibly deleted.

About two days after the funeral, Ho In was in a lawyer’s office, being introduced to two people who turned out to be his estranged mother’s lawyers. They stated to him and his lawyer that they intend to fight for half of his younger sister’s assets.

The full extent of Goo Hara’s assets has not been fully revealed. What news outlets do know, she was smart with her money and purchased a $3.7 million USD investment property in Nonhyeon-dong in Gangnam, Seoul, an upper scale neighborhood. She also owns a $1.4 USD million apartment loft.

In South Korean law, parents will automatically receive assets of their children in the event of their children’s death, regardless if they helped raise them or not. The only exception being murder or falsification of an existing will. Goo Hara’s father very early on relinquished his rights and handed over his shares to his son, Ho In.

Ho In and his lawyers are currently trying to create the ‘Goo Hara Act’ into South Korean law. This new bill would disqualify family members from claiming asset rights if they neglected their familial duties towards parents or children. It would also split assets based on how much care the beneficiaries provided for the deceased, according to Today Online.