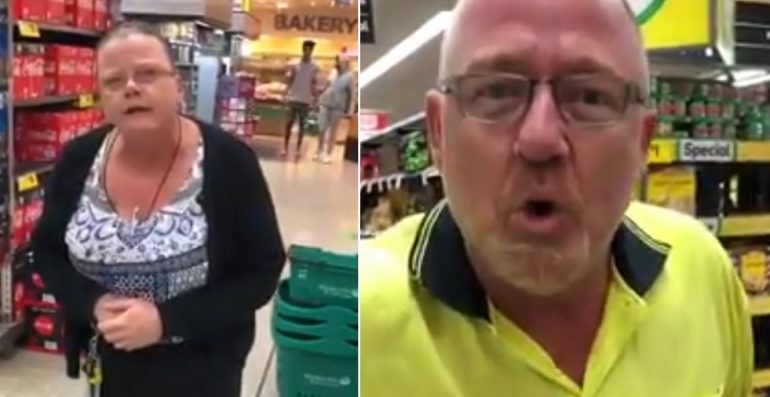 This happened at Woolworths Browns Plains Westpoint in Queensland, Australia on April 30. The victim requested to remain anonymous and Asian Dawn will respect that request.

A disabled Asian man with chronic health problems was grocery shopping and because of his condition, he usually obtains help from staff members—a routine affair.

However, this time around, when he asked for assistance, the manager of the store refused to help him. The disabled man begins to record at this point. When asked why he was being refused assistance, the manager claimed he was being rude while another co-worker claimed the Asian man’s questions sounded like he was “shouting.” The manager continually refused to assist the disabled man; even after he calmly reiterated he was disabled.

To make matters worse, a Woolworths customer decided to get involved and began making physical threats against the disabled Asian man. Calling him a “gimp” threatening to “kick his ass” and suggested he was there to steal toilet paper or baby formula. Eventually, the disabled gentleman had to leave empty-handed and shaken by the whole ordeal.

This is just one of many racial incidents that occurred to Asians in Australia in the last few weeks. From two sisters being threatened with physical violence to Malaysian and Singaporean tourists being physically attacked to other instances of other Asians being verbally abused and threatened. A sign of our times.