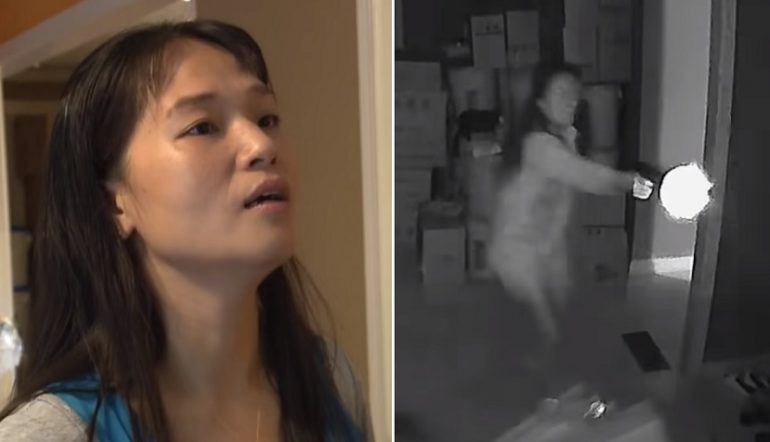 Chen Fengzhu was awakened by a strange noise coming from inside her house. She immediately called 911. Once on the line, the home invaders kicked in her door and rushed into her house with their guns drawn. So, with her phone in her left hand and her firearm in her right hand, the 36-year-old restaurant owner decided to defend herself and not become another victim. She walked outside her bedroom and bum-rushed the three home invaders with her gun blazing.

From the surveillance video, you can see drywall debris clouding up her house while Chen exchanged gunfire with one of the home invaders while another ran through her rear glass sliding door, using his face to shatter the glass.

The Mexican Chinese Massacre of 1911

“I didn’t have any choice so I had to take out the gun I’d hid there. Then I loaded my pistol and walked out of my bedroom. I shot at the burglars when I saw them. One of them fled quickly, and another one ran away from the front door. Then I shot again, the one inside my home also broke the glass on the back door and ran away,” Chen explained to CCTV.