Increased discrimination toward Asian-Americans started the moment the world became aware of the coronavirus breaking out in China and exacerbated by President Trump earlier in the week when he declared Covid-19 the ‘China Virus.’ Individuals like to say this ‘pandemic brings out the worst in people,’ but the worst was already there, this simply gives people the “courage” to act on those held beliefs they, unfortunately, have toward Asians with a sense of justification.

According to ABC News Asian-American star, Tzi Ma was racially insulted at a Pasadena Whole Foods back in February. A man drove up to Ma in the parking lot and told him “You should be quarantined.” Ma stated he was stunned by that statement and went numb and then he felt “assaulted.” Ma continued to state: “It’s almost like when I was living in New York where my apartment was broken into where everything was just turned upside down and you walk in and it’s the same feeling—you just feel numb, you just feel cold.”

Asian-American stars like Tzi Ma are sharing their stories with others as he recently joined the #WashTheHate movement, a digital campaign created by marketing agency IW Group. This newly created campaign features Asian-American influencers, artists, and leaders washing their hands and sharing stories of how this pandemic is affecting them and their communities.

“We’re all scared; now we act out of our fears by wearing masks, hoarding supplies and sadly some of us lash out on Asian Americans as if Asian Americans were responsible for this virus just for being of Asian descent,” Ma said. “Stop it.”

Imagine if the mass public decided to harass African-Americans for Ebola breaking out in Africa? Think about that for a moment. You’re attacking, insulting, and harassing some random African-American shopping at a supermarket because he/she is black and Ebola started in Africa. Does that sound stupid to you? If it does, that’s how Asian-Americans view people who are attacking and harassing them; only Asians are arming themselves just in case because stupid thoughts lead to stupid actions.

Bruno Mars Celebrates 10th Anniversary of ‘Just The Way You Are’ 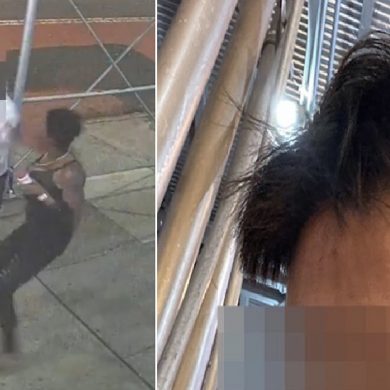