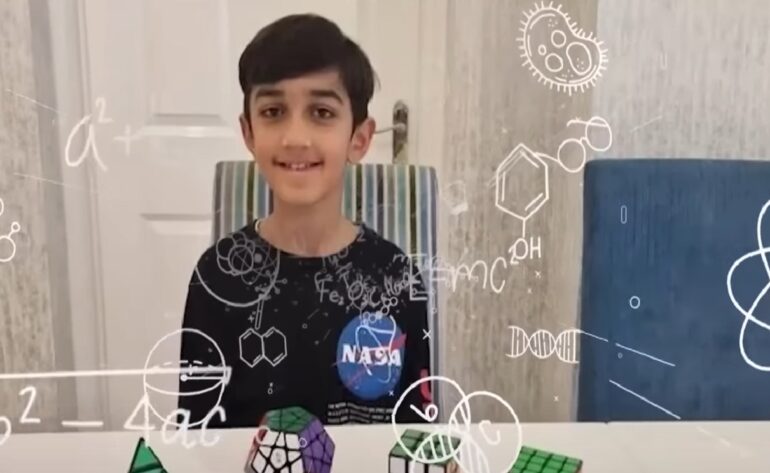 UNITED KINGDOM—Yusuf Shah, 11, took the MENSA IQ test on a whim and ended up earning the highest possible score of 162.

For comparison, Albert Einstein and Stephen Hawking are estimated to have IQs of around 160.

“Everyone at school thinks I am very smart, and I have always wanted to know if I was in the top 2% of the people who take the test,” the sixth-grader told the Yorkshire Evening Post.

Shah and his parents decided he would prepare for the MENSA test while prepping for high-school applications.

“It is a difficult test to prepare for,” his father, Irfan Shah, told the paper. “We just did what we were already doing – nothing specific for the IQ test.”

“I still tell him that ‘your dad is still smarter than you’. … We take it all lightheartedly. Even if you are talented, you have to be the hardest worker,” Irfan continued.

Back in 2019, when Shah was only seven, he found a mathematical phenomenon that is now coined “Yusuf’s Square Rule” within the family. Irfan contacted a mathematics professor at the University of Cambridge who offered an explanation for this phenomenon, reports Yorkshire Evening Post.

Shah stated he wants to study math at Oxford or Cambridge universities.

“Even in nursery, we just noticed that he was doing the alphabet and things quicker than other children, but you just thought some kids may pick up the ABCs a bit quicker,” Irfan said.

“He just has this natural flair for math, and I guess that’s when we sort of realized. Even his school teachers, every time we get school reports, they’re amazing, they say, ‘There’s nothing for us to teach.’”