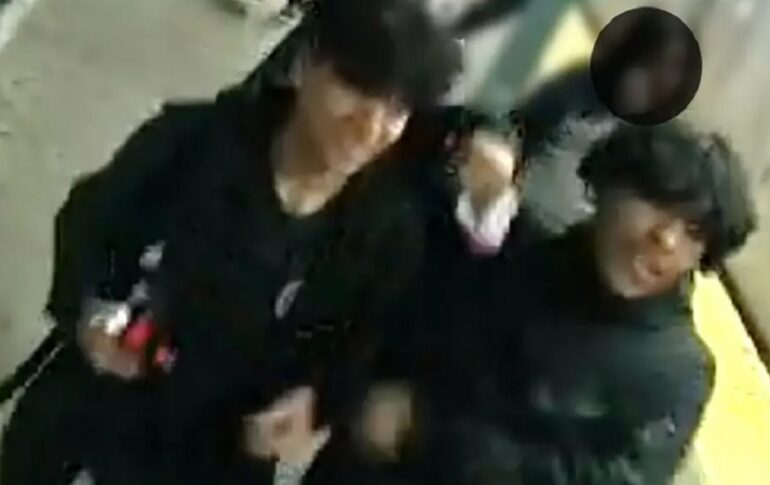 QUEENS, NYC—A Queens straphanger was attacked by a crew of thugs who fired gel pellets at him before taking off with his prescription eyeglasses, according to authorities.

The 34-year-old Asian victim was riding a southbound No. 7 train at Main Street in Flushing around 4:30 p.m. Sunday when multiple male suspects approached him and “began to harass him,” police said.

The crew of thugs began to punch the victim and fired a “gel shot imitation pistol” at him. The pistols use water-absorbing polymer beads as “ammo.”

The suspects tried to grab the 34-year-old victim’s gold chain, however, he was able to fend off the attempt.

The Asian victim was able to briefly get away from his attackers and move to another card toward the front of the train.

However, as he got off the train at the Jackson Heights-Roosevelt Avenue/74th Street station, the crew of thugs approached him once more on the platform, according to police.

They snatched his prescription eyeglasses off his face and smacked him around multiple times.

The suspects were last seen hopping on an F train with the victim’s glasses. The victim refused medical attention at the scene.

Authorities released surveillance photos of the suspects early Monday. They are described as either being teens or early 20s. There is no evidence the attack was racially motivated.