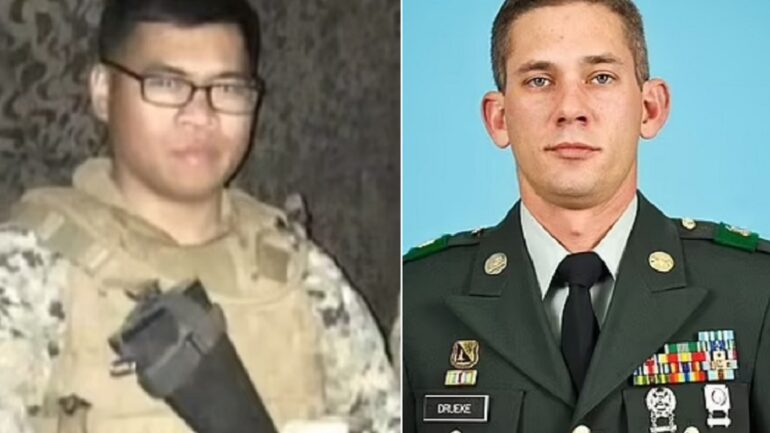 UKRAINE—Two U.S. military veterans who were captured while fighting Russia with Ukrainian forces have been released after over three months in captivity.

Alex Drueke, 39, and Andy Huynh, 27, went missing in the Kharkiv region of northeastern Ukraine near the Russian border on June 9. Both had traveled to the country on their own and became friends because both are from Alabama.

The families of Drueke and Huynh released a joint statement.

“They are safely in the custody of the U.S. embassy in Saudi Arabia and after medical checks and debriefing they will return to the states,” the statement said.

U.S. embassy officials say both men have spoken with family members and are in “pretty good shape.”

The United States does not recognize the sovereignty of the Donetsk People’s Republic and has no diplomatic relations with them. This predicament made it necessary for others to lead efforts to get the two men released.

The Saudi embassy released a statement explaining it had mediated the release of 10 prisoners from Morocco, the United States, the United Kingdom, Sweden, and Croatia. The two American POWs were among the 10 released.

According to CBS News, Huynh moved to north Alabama two years ago from California and lives about 120 miles from Drueke. Before leaving for Europe, Huynh told his local newspaper, The Decatur Daily, he couldn’t stop thinking about Russia’s invasion.

“I know it wasn’t my problem, but there was that gut feeling that I felt I had to do something. Two weeks after the war began, it kept eating me up inside and it just felt wrong. I was losing sleep…All I could think about was the situation in Ukraine,” Huynh stated.

Drueke and Huynh bonded over their home state and were together when their unit came under heavy fire. One member of their squadron told CBS News this summer that they were all nearly killed by a Russian vehicle when Huynh and Drueke destroyed it with a rocket-propelled grenade; saving everyone’s lives.

The Kremlin previously stated they didn’t know anything about Americans being held by Russian forces. However, during a TV segment, a host on a Russian state media video can be seen mocking the Americans as images of the two POWs appeared in the background.