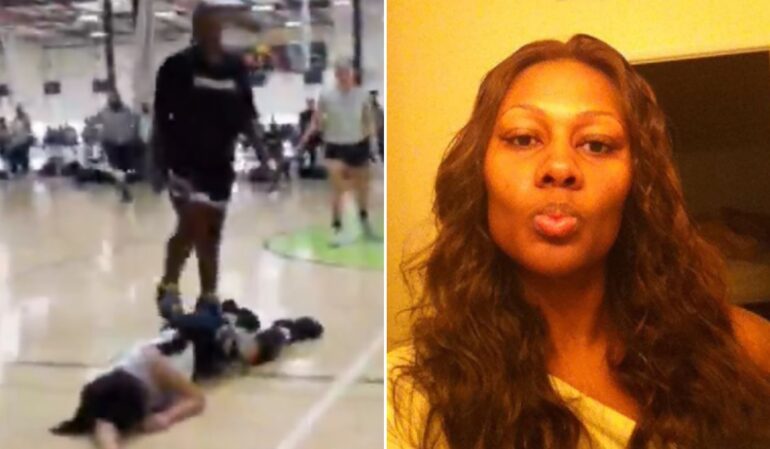 GARDEN GROVE, CA—Latira Shonty Hunt of La Puente, 44, must pay more than $9,000 in restitution and apologize to a teenage basketball player she told her daughter to hit during a youth basketball game in Garden Grove back in 2021, a judge ruled Wednesday.

Hunt’s daughter punched the Asian female opponent in the neck and she collapsed on the court, suffering a concussion.

Prosecutors say Hunt was in the stands on November 7, 2021, when she yelled at her daughter “you better hit her for that” following an interaction between her daughter and the opponent during the game.

The victim’s name is Lauryn Ham. Her mother was not at the game but realized something was off when her daughter returned home disorientated. Turned out Lauryn suffered a concussion.

“It is unconscionable that a parent would encourage her child to engage in violence during a sporting event,” District Attorney Todd Spitzer said in a statement. “Youth sports are invaluable in teaching our children discipline, teamwork, and sportsmanship. But a win at all costs mentality that is completely devoid of fair play, respect, and civility is disgusting.”

The 44-year-old mother was facing up to a year in jail for the charges, however, being California, Orange County superior judge allowed Hunt to participate in a “diversion program” that includes restitution and a written apology letter to the victim, the girl’s parents, and both basketball teams, according to ABC7.

Hunt will also have to complete anger management classes before she’s allowed back at any games, and she must also stay away from the victim.

Former NBA star and father of the assailant, Corey Benjamin, later apologized to the victim and said he was “shocked and disappointed at my daughter’s behavior.”

Benjamin, a SoCal native, played on the Chicago Bulls from 1998 to 2001 and had a short stint with the Atlanta Hawks. He also played on international teams in Europe and Asia.