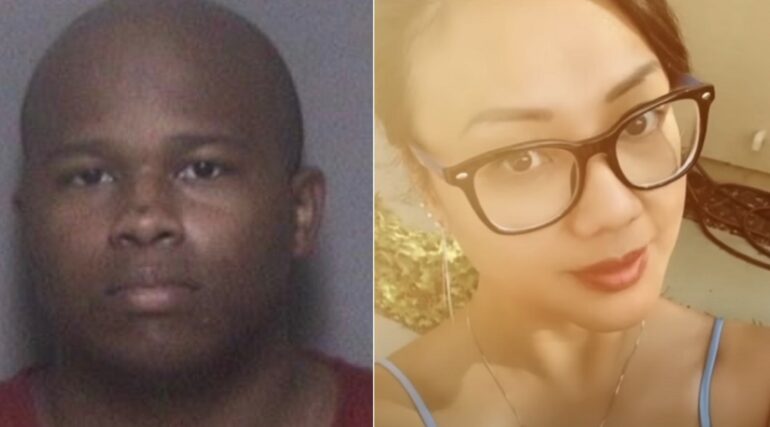 DUBLIN, CA—Prosecutors charged an Alameda County sheriff’s deputy last Friday with two counts of murder in the shooting deaths of a married couple in Dublin.

Deputy Devin Williams Jr., 24, of Stockton, was also charged with the special circumstances of multiple murder and murder to avoid lawful arrest after he initially fled the Dublin home of Benison Tran, 57, and his wife Maria Tran, 42, before turning himself in.

Apparently, Maria Tran and Williams were having an affair. They met at John George Psychiatric Hospital where Maria had been working as a nurse. According to Williams’ mother, Anitra Williams, Maria Tran “represented herself as an unmarried woman.”

According to KTVU, Williams had just finished an overtime shift at the jail at about 11 p.m. Tuesday, September 6, and headed to the Tran home.

Benison and Maria were found dead at 12:45 a.m. Wednesday after Benison Tran called 911 to report an intruder. Six shots were heard on the 911 call, which caused Benison to drop the phone. A relative then picked up the phone and reported the shooting.

Responding Dublin police officers asked who was responsible and a family member told replied “Devin” and “he is a cop.”

The couple had been shot in the heads and necks.

A Good Samaritan Drowns While Trying to Save 3 Children

Williams later surrendered late Wednesday morning to CHP officers in Coalinga, after being urged to do so during phone calls with his mother and Dublin Police Chief Garrett Holmes. Coalinga is nearly 150 miles from the murder scene.

Authorities believe William tossed the gun somewhere near the Altamont Pass—a rural area—the weapon has not been found.

If convicted, Williams could face life in prison without the possibility of parole.