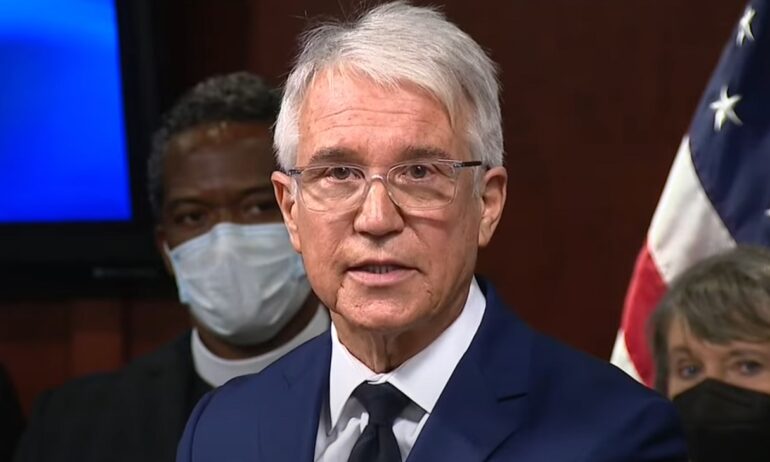 Gascón argues Butler, now 47, committed the murders of the two Japanese college students when he was 18 years old after having endured “violence and trauma throughout his childhood.” As a result, he suffered mental illness and “cognitive impairment” right before the time of the killings.

“The defendant today is not the same, cognitively immature teenager who murdered two innocent victims in this case. … the interests are best served by resentencing the defendant,” the petition reads.

If all parties agree to the resentencing, the petition adds a hearing is not necessary.

Afro-Latino Raymond Oscar Butler was convicted in 1996 of shooting Takuma Ito and Go Matsuura, both 19-year-old film students at Marymount College, in the backs of their heads—execution-style—in a grocery store parking lot.

The case drew international outrage and caused the U.S. ambassador to Japan to issue a televised apology.

After a trial and a retrial, Butler was later found guilty in 1995 for the fatal stabbing and beating of a fellow inmate. He was again sentenced to death.

However, the recent filing does not seek to lift the capital sentence for the 1995 inmate attack, according to NBC News.

U.S. Officials Desperate to Bring Asian Talent Back to America

Basically, Gascón believes the life of one prison inmate is worth more than two law-abiding Japanese citizens.

Deputy DA Joseph also pointed out that jurors in Butler’s double murder trial “had a difficult time arriving at a unanimous sentence,” twice declaring they were deadlocked.

In a statement, a spokesperson for the DA’s office said: “Mr. Butler has two separate cases. One case involved the murder of the two college students. This case came before our office due to the California Supreme Court deciding there was a prima facie issue of juror misconduct.”

“After reviewing the juror misconduct claim and weighing the equities, our office found it to be in the interest of justice to resentence Butler to life without the possibility of parole in this case. The DA’s office is not seeking Butler’s release from prison. In fact, Mr. Butler will remain sentenced to death in case TA041759. The court hearing will be public.”