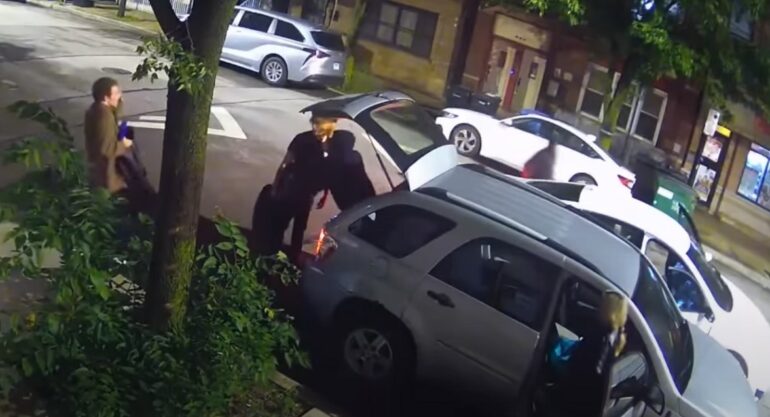 CHICAGO, IL—Chicago police are warning the residents in Chinatown to watch out for a group of five “unidentified” males who have robbed nine people overnight.

Regardless of being mindful of your surroundings, the blitzkrieg-style robberies happen so quickly—it leaves victims in complete disarray. The group of five men drive around in a white or silver SUV/and or sedan and rush out, demanding victims’ wallets, purses, and smartphones without warning.

The first string of robberies happened in late May. The most recent was July 19th. They happened between the hours of 10 p.m. and 2 a.m. A private CCTV system placed in Chinatown by business owners trying to battle crime captured some of the incidents, reports FOX32.

The robberies started on May 25 and have continued through July:

Police are advising residents to be aware of their surroundings, be calm if approached, and give the offenders whatever they want without hesitation. While complying, victims should “take note of any characteristics about the offenders” and if they survive the encounter, report it to the police.

Anyone with information on these robberies is asked to call Area One detectives at (312) 747-8384.