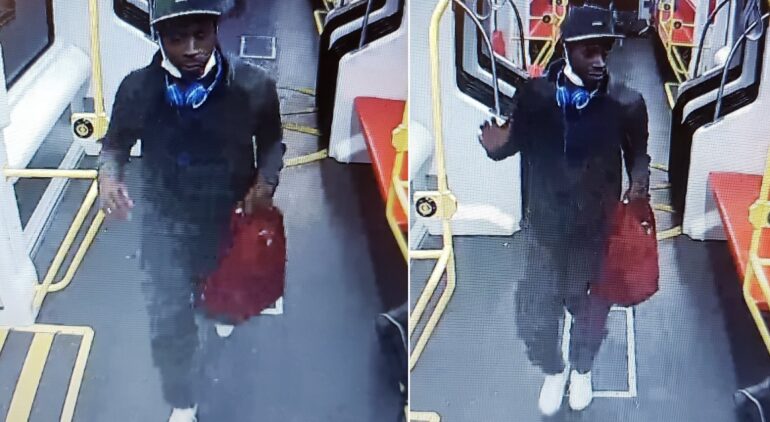 SAN FRANCISCO, CA—One man is dead and a 70-year-old Asian elder was shot in the leg on a MUNI train earlier this morning, police said.

On Wednesday, June 22, at around 9:56 a.m., San Francisco Police officers responded to the MUNI Forest Hill Station regarding a report of a shooting.

Officers rendered aid and contacted paramedics. One victim was transported to San Francisco General Hospital with non-life-threatening injuries, however, despite life-saving measures, the second victim succumbed to his injuries at the scene.

The victim transported to the hospital was later identified only as a 70-year-old Asian man by Asian Crime Report.

Investigators later obtained video footage of the incident and soon released multiple pictures of the suspect, now described as an African-American male.

Investigators have obtained video of the incident. The SFPD is releasing a still photo of the video, which is an image of a person of interest. The SFPD is asking this person to come forward and speak with investigators pic.twitter.com/9lmudSgtJW