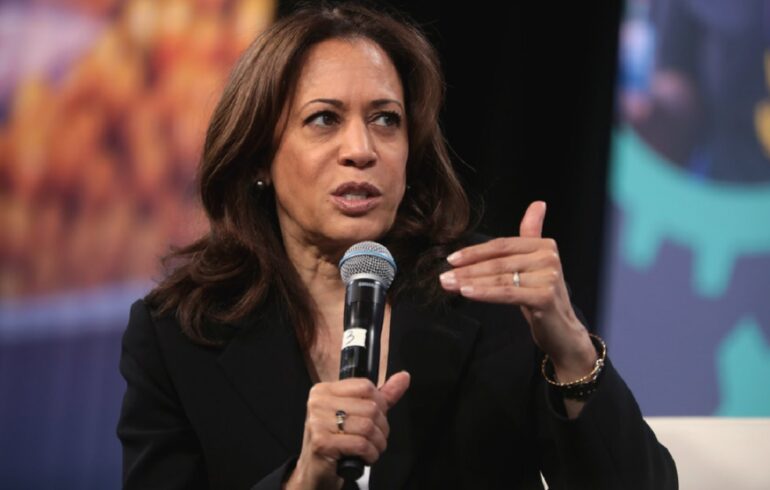 WASHINGTON, D.C.—Vice President Kamala Harris is so unpopular, that her Women’s Leadership Forum had to be postponed because it failed to sell enough tickets.

According to Tara Palmeri, a former reporter at Politico and now at Puck News, the Democratic National Committee (DNC) had to cut the cost for a photo with Harris at a California fundraiser with the Women’s Leadership Forum from $15,000 to $5,000 and the event still struggled to sell tickets.

DNC is slashing prices for a photo w/ Kamala Harris. Tickets for a photo with the VP at the Women’s Leadership Forum started at $15,000, but it failed to sell enough tickets & is being postponed. VP’s June fundraiser in Cali is charging $5,000 for a photo https://t.co/yQawQ9hKfl

Insiders have described VP Harris as “lazy,” “stupid,” and incredibly “narcissistic.” She refuses to do work, go over briefings, educate herself with current affairs, she refuses to memorize speeches, and expects everything to be handed to her because she is “Black.”

Kamala Harris’ inspirational message on working together should bring us all together. https://t.co/LcJgCeTOTj pic.twitter.com/zzsfaaGchh

This news comes as over 20 African-American staffers leave the Biden White House, many citing a “toxic work environment,” according to BET.

Her speeches are riddled with word salads and nonsensical sentence loops.

During a radio interview with The Morning Hustle back on March 1, 2022, VP Harris showed exactly how unprepared she was and how “stupid” she thinks her audience is as well. When asked to explain the Ukraine-Russia conflict in layman’s terms, Harris responded: