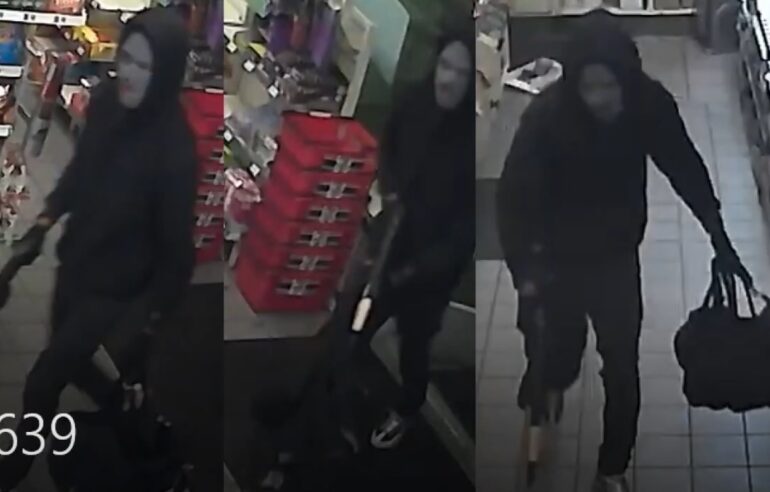 NEWPORT NEWS, VA—Police are asking for the public’s help identifying a suspect in connection with a recent robbery and double-homicide at a Newport News 7-Eleven last Wednesday, June 15.

Police officers responded to a reported suspicious situation around 11:50 p.m. last Wednesday, June 15, in the 1400 block of Klin Creek Parkway.

When police arrived, they found two adult males inside the 7-Eleven suffering from gunshot wounds. They were pronounced dead at the scene. The two victims were later identified as 52-year-old Preyas Patel of Yorktown, and 35-year-old Logan Edward Thomas of Newport News.

Police are asking that if anyone can identify this person or who knows anything about the incident please call Det. Rogers at 757–928–4219. Tips can also be submitted anonymously to the Crime Line at 1–888-LOCK-U-UP or online at P3Tips.com.