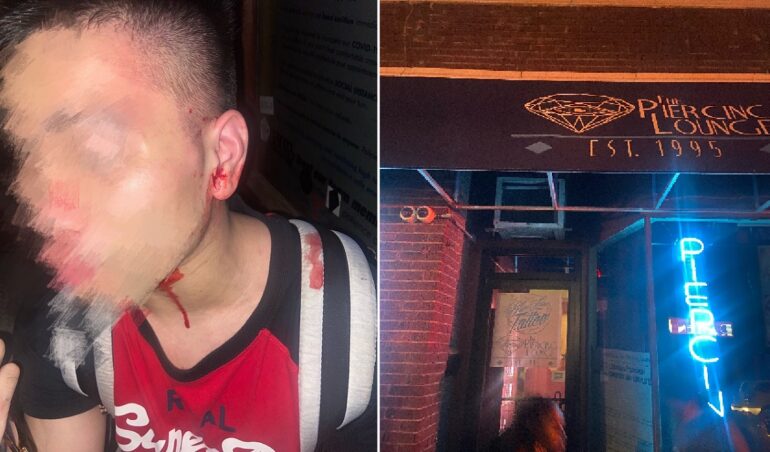 UW-MADISON—An Asian man was assaulted on University Avenue—one of the busiest streets in Madison—near the University of Wisconsin-Madison campus on Tuesday, June 14.

The 26-year-old Ph.D. student at UW-Madison is originally from Hunan Province, China, and shared his ordeal on Reddit. He explained he was walking home on University Avenue when he was surrounded by a group of men who proceeded to punch him in the face and pull him to the ground. They then ghetto stomped him.

During the attack, the Ph.D. student shouted for help twice and the attackers then fled the scene. The 26-year-old victim was left bleeding from his left ear along with multiple spots on his head.

The entire attack lasted around 40-seconds. The victim stated he observed three assailants attack him, while witnesses at the scene said they saw five assailants.

The victim continued to explain the attackers were no more than 25 years old and were a mixed group of African-American and Caucasian men. All tall, physically fit, and wearing “fancy sportswear.” Authorities soon released a photo of the suspects, which seem to show they were all African-American.

The assailants did not say a single word during the attack and didn’t attempt to rob him.

The Reddit post was originally shared on Weibo, a Chinese social media site. Other Asian students shared their own experiences of being attacked in Madison as well.

One commenter jokingly wrote: “White and Black wearing sportswear and they attacked you? So the white guys were ‘Black adjacent’?”