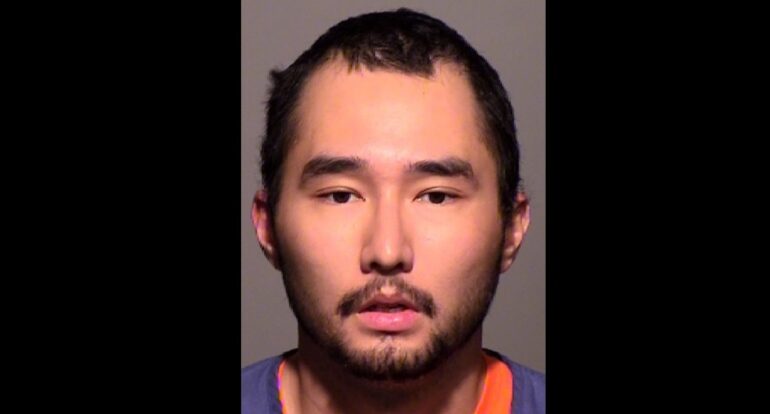 CAMARILLO, CA—A 25-year-old Ventura County man was arrested in the death of his mother, whose dismembered body was found in a dumpster near their shared apartment.

The remains of 62-year-old Tomoko Hoetzlein were found Friday by police in the 300 block of Townsite Promenade around 6:50 a.m. The dismembered body parts were identified on Saturday by the Ventura County Medical Examiner’s Office.

“David dismembered Tomoko’s body before dumping her remains in an apartment complex dumpster, adjacent to the apartment where David and Tomoko resided together,” the Sheriff’s Office stated in a press release.

“He lived here in the apartment complex, then barricaded himself into the apartment all day. They were able to get him out at about 3:30,” said neighbor Kathy Kennedy to KTLA5.

Authorities did not release a motive behind the murder.

David is being held in lieu of a $3 million bond. His arraignment is scheduled for Tuesday.