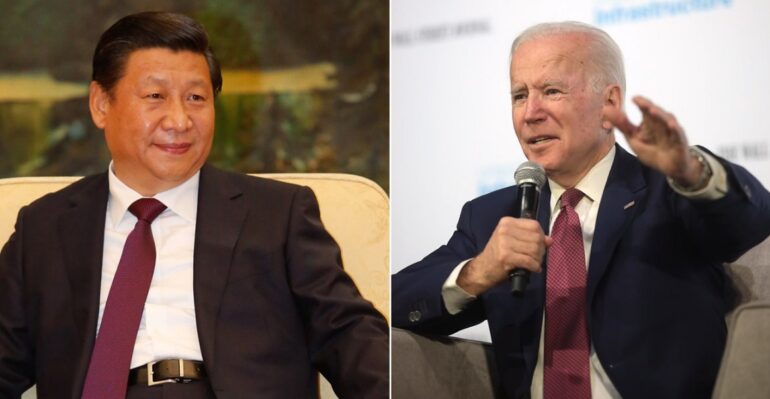 TOKYO, Japan—President Biden backtracked on his assertion that the United States would intervene militarily to defend Taiwan against a Chinese invasion for the third time of his presidency on Tuesday, May 24.

Biden stated on Monday during his trips to South Korea and Japan, that the U.S. would unequivocally send its military to defend Taiwan if China invaded the island nation.

The next day, Tuesday, when a reporter asked Biden if he was still really considering military action, Biden replied that he was not and the U.S. position of “strategic ambiguity” on Taiwan “has not changed at all,” reports Reuters.

“Our approach has been consistent across decades and administrations,” the secretary of state said. “As the president has said, our policy has not changed. The United States remains committed to our One China policy, which is guided by the Taiwan Relations Act, the three joint communiques, the six assurances. We oppose any unilateral changes to the status quo from either side.”

The United States of America only recognizes the People’s Republic of China as the legitimate, sole, and legal government of China—called the “One China Policy.” The U.S. also acknowledges without endorsing Beijing’s claim that Taiwan is part of China.

Many legal analysts point out the fact that the United States acknowledges Taiwan is a part of China and the United Nations does not recognize Taiwan as a sovereign nation; makes it very difficult to condemn China should she ever decide invade Taiwan.

One commentator on the Global Times stated: “Do nothing [U.S.] just like you did nothing when Spain denied Catalonia her independence, denied democracy. Just like France is denying the island of Corsica her independence. You don’t believe in democracy, if you did, you’d force Spain and France to let those regions go and ‘practice’ democracy.”

“We do not support Taiwan independence, and we expect cross-strait differences to be resolved by peaceful means,” Blinken continued to state.

In regards to Taiwan, Blinken stated the U.S. “will continue to expand our cooperation with Taiwan on our many shared interests and values,” and deepen our economic ties consistent with our One China policy.”

Biden first made the Taiwan-military intervention blunder back in August 2021 during an interview with George Stephanopoulos. Biden then made the mistake again during a CNN town hall in October 2021.