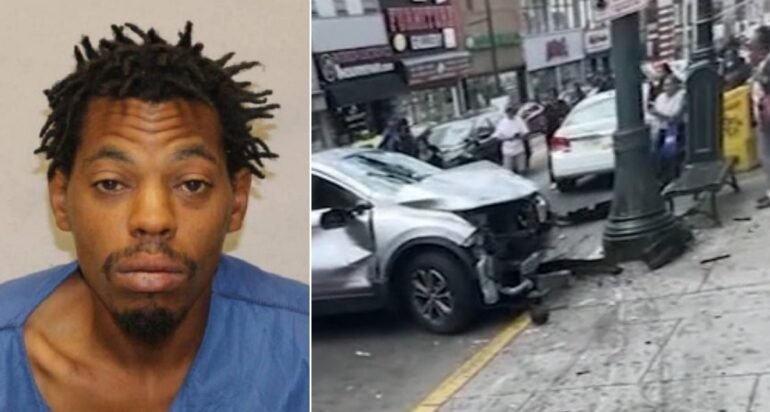 PATERSON, NJ—One person is dead and several others were injured in a hit-and-run crash in Paterson, New Jersey, on Tuesday, May 17.

Police say a suspect in a stolen Honda CRV struck an occupied police vehicle that was pulled over on the side of the road before colliding with another vehicle and hitting several pedestrians around 3:15 p.m. at the intersection of Main and Market streets.

The CRV finally stopped when it struck a light pole head, disabling the vehicle, according to ABC7.

The driver fled the scene but was caught about a block away. He has been identified as 31-year-old Harold Rasbin of Orlando, Florida.

The owner of New Sin Lee Chinese Restaurant, Mr. Jun Ting Pan, 41, lost his life on May 17 after being critically injured by Rasbin. He was on his way to make a delivery when he was run over and killed.

Pan was pronounced dead barely 200 feet away from his restaurant.

Pan was the pillar of his business (owner, chef, delivery) and his family. He leaves behind a wife and a 12-year-old daughter. His business is no longer operational because of his death, according to his GoFundMe page.

Rasbin has since been charged with aggravated manslaughter, death by automobile, aggravated assault, and leaving the scene of the fatal accident. ABC7 sources say Rasbin caused a commotion earlier in the day trying to break into a woman’s home.

When responding officers arrived, Rasbin took off, which then sparked a foot chase.

Shortly after getting away, Rasbin stole a Honda CRV and sparked another chase.

The Passaic County Prosecutor’s Office asks anyone with additional information about this incident to contact us on our tips line at 1-877-370-PCPO or [email protected] or contact the Paterson Police Department Traffic Division at 973-321-1111.