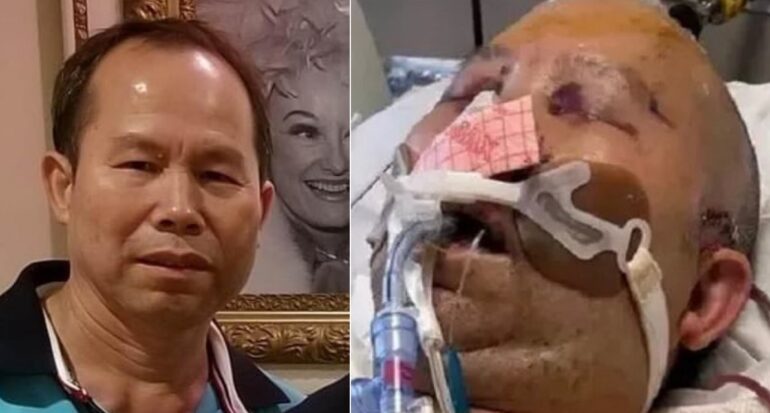 CHICAGO, Illinois—Chef Jin Lew is out of a coma after being savagely beaten and left for dead following a carjacking in Chinatown last month.

The 61-year-old former head chef at Chi Tung Restaurant in Evergreen Park was robbed of all his belongings and beaten into a coma.

He was last seen leaving his son’s home around 11 p.m. on the night of Wednesday, April 6, 2022. Lew was scheduled to meet a friend the next day, however, he didn’t show up. That was unusual for Lew, so his friend contacted Lew’s son, reports the Chicago Journal.

Family members tried to reach him for several hours and after 24 hours, filed an official report to the Chicago Police early Friday morning on April 8.

The Chicago police sent out a missing person’s APB and a citywide All-Call to look for Lew’s 2008 Lexus SUV.

Lew’s distraught family posted a plea for help on Facebook on Friday, April 8. Later that evening, someone from the hospital saw the Facebook plea and noticed that Lew looked similar to the “John Doe” who had been taken in at Stroger Hospital the previous morning, reports the Chicago Journal.

He was reported missing late last week after missing a meeting the next day.

He was found in Chinatown badly beaten, his car and belongings were gone. He is in a coma. @cbschicago pic.twitter.com/q6oakmExCn

Lew can follow commands with small motions with his hands and can respond to some questions with head nods. However, his memory and speech aren’t back yet, but doctors are pleased with the progress, according to his family.

The head chef appeared in a 2012 episode of the WGN-TV show, “Chicago’s Best.”

Jin Lew was born in the Guangdong region of China and immigrated to the United States in the early 1980s with his parents, two brothers, and two sisters. Lew eventually became the head chef at Chi Tung Restaurant in Evergreen Park for almost 30 years.

He was currently developing a new restaurant project with a friend and helped many members of the community start their own businesses.