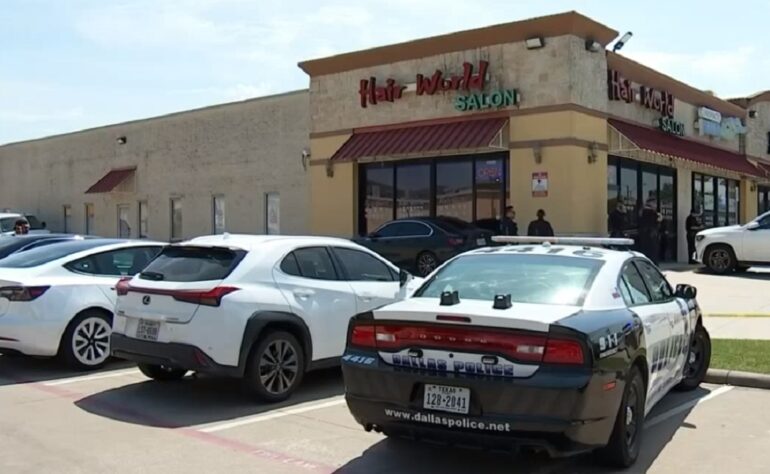 A male suspect stopped his vehicle at about 2:22 p.m. on the 2200 block of Royal Lane, walked across the shopping center parking lot, and entered the Hair World Salon, according to Dallas Police Sgt. Warren Mitchell.

The salon owner, an employee, and a customer, all of whom are Korean—were shot. They were transported from the scene with non-life-threatening injuries and are expected to be okay, according to WFAA.

Witnesses say the suspect walked into the store, screamed something, and fired several rounds before fleeing in a dark-colored minivan.

Dallas police say the gunman was identified as an African-American male. The salon is a Korean-owned business and while the motive of the shooting has not been confirmed, Sgt. Mitchell does not believe it was a hate crime.

Jeremy Kim, who works for a local Korean radio station, spoke to a customer who was inside the store at the time of the attack, reports NBC5.

“All she knows is this random person just parked his car and came in and shot his gun and left immediately,” Kim said.

“You know, there are so many businesses around here, and he just specified a Korean-owned hair salon and came in and fired a gun,” Jeremy Kim said. “So just worrying what was the reason.”

“It just brings an added fear in this community, and we want to make sure we do what we can to ease their fear,” said Sgt. Mitchell.