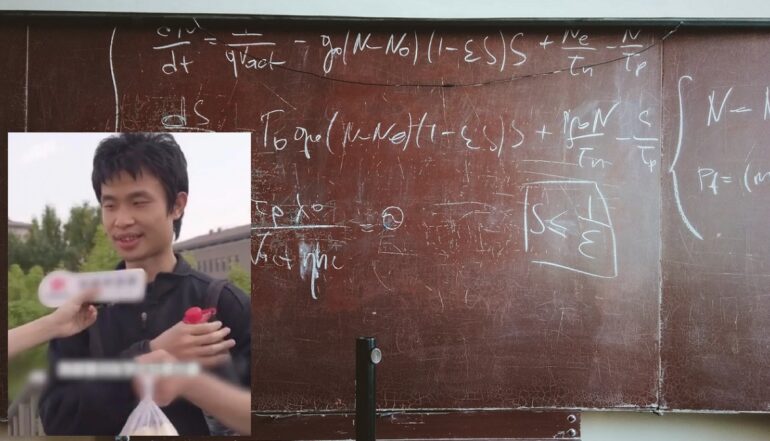 PEKING UNIVERSITY—A Chinese mathematical genius nicknamed “God Wei” showcased his extraordinary skill when he solved a vexing problem in one night that had stumped a team of six Ph.D. mathematicians for four months.

The doctorate mathematicians had been struggling to build a mathematics model for months and called Wei Dongyi, a 30-year-old assistant mathematics professor at Peking University in Beijing for help, reports South China Morning Post.

The overjoyed Peking team offered to pay Wei for his work to show their gratitude, but “God Wei” rejected their offer, replying, “It’s unnecessary to pay me for such an easy problem,” according to Morning Post.

However, after some haggling, Wei allowed them to recharge his transport card as a gesture of gratitude.

“It is not rare or surprising to us that Wei can solve the puzzle that other people cannot because he is smart and is hyper-focused on math problems,” Chen Dayue, dean of Peking University’s School of Mathematical Sciences stated to Jiupai News.

Wei’s math-solving skills have been called the “Wei method” because of his ability to solve problems quickly, reports Morning Post.

During an interview in 2021, Wei drew public attention after he was mistaken for a student because of his unkempt hair and style. Netizens also prompted an online push to buy him new bottles after seeing his “sad-looking water bottle” during the television interview.

“A friend sent me one, and some unknown people from out of town also sent some bottles,” Wei stated. “But I’m worried about the gift, giving issue and how it affects my teaching ethics.”

He was admitted to Peking University without taking China’s national soul-crushing college entrance exam; due to his exceptional mathematical talent.

Wei also turned down an offer from America’s Harvard to study as a Ph.D. candidate, even though the Ivy League promised to waive his English competency test and provide him with an interpreter.