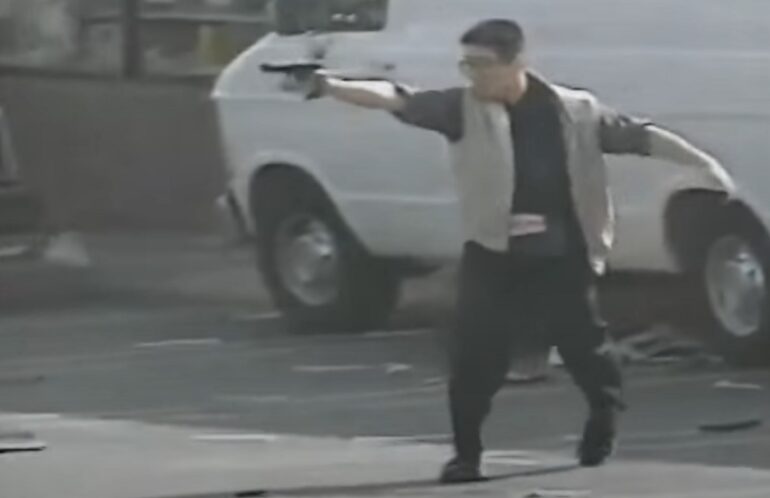 “A well regulated Militia, being necessary to the security of a free State, the right of the PEOPLE to keep and bear Arms, shall not be infringed” (The Constitution of the United States, Amendment 2).

The Los Angeles Riots of 1992 were kicked off after the acquittal of four white LAPD officers connected to the beating of Rodney King, an African-American man on April 29, 1992. The black community blamed the justice system and the Korean-American community for moving into their neighborhoods and opening stores.

Over 2,300 Korean-owned businesses were damaged from looting and pillaging, over $400 million in damages to Koreatown according to NBC News.

Tensions between the Korean-American and African-American community were high before the riots because in 1991, a then 51-year-old convenience store owner named Soon Ja Du, shot and killed a 15-year-old African-American girl, Latasha Harlins after an argument got physical, and Soon Ja Du felt her life was in danger. She was found guilty of voluntary manslaughter and received five years of probation, 400 hours of community service, a $500 restitution, and funeral expenses.

When the National Guard was called in during the LA Riots, they protected the white neighborhoods and let Koreatown burn. Koreans had to arm themselves and still incurred $400 million worth of damages. No tears were shed for Asian-Americans by the surrounding communities.

Los Angeles City Council subsequently voted to block business licenses from being issued to Koreans in many areas, no reparations were ever made to Korean-Americans, Democrat African-American councilmen gerrymandered sections of Koreatown, according to the LA Weekly, so they wouldn’t have to face being voted out by angry Korean-Americans, etc…

Many Koreans went bankrupt, many marriages failed, and many suicides occurred. If this happened to any other community, the American people would have screamed and demanded reparations. But it happened to Asians, so we were basically told to go f**k ourselves. Things change, but some things will always stay the same.

History is being rewritten. Now, portions of the African-American community blame the Koreans for moving into black neighborhoods and “exploiting” black people. “Latasha Harlins” is being used every time an Asian-American complains about the Black-on-Asian violence occurring on a daily basis throughout the United States. Tensions between both communities haven’t been higher.