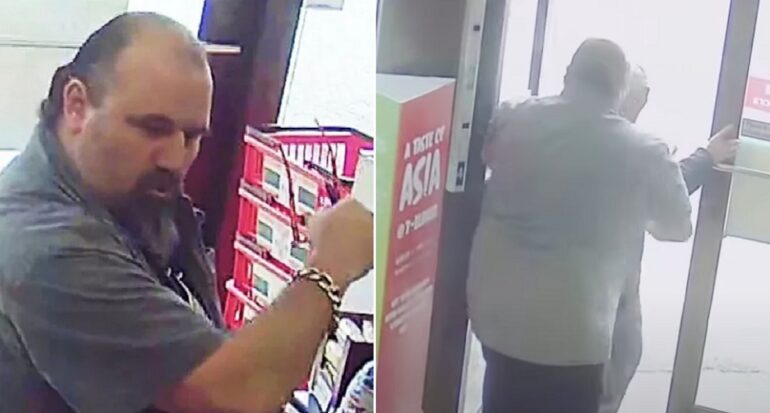 VANCOUVER, British Columbia—Jamie Bezanson, 52, pleaded guilty to assaulting a senior with severe dementia at a 7-Eleven over two years ago and will get no jail time.

Bezanson was given a conditional discharge and one-year probation on Monday, March 21, in British Columbia Provincial Court and was ordered to pay $100 to the victim, 92-year-old Kaihong Kwong.

Judge Donna Senniw also ordered Bezanson to not contact Kwong and other individuals involved in the incident and to not visit the East Vancouver 7-Eleven where the incident occurred on March 13, 2020, reports CBC.

Bezanson was seen on video shouting at Kwong before shoving him from behind at the entrance to the store, which caused Kwong to fall to the ground and hit his head. The 92-year-old suffers from dementia.

The 52-year-old suspect fled the store after the incident. He was later charged back in July 2020 after members of the public identified him, according to CBC.

As part of his release conditions, he must complete 20 hours of community service within the first nine months of his probation order.

Kwong’s family said he has recovered from his injuries and is doing well.