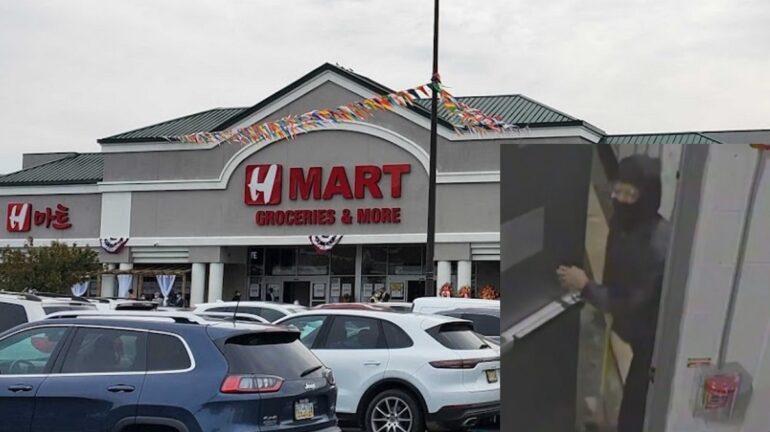 PHILADELPHIA, Pennsylvania—Police are searching for a group of brazen burglars targeting businesses in parts of Philadelphia and Montgomery County.

The group of predominantly African-American male burglars have been targeting Asian-owned businesses like H-Mart (Korean supermarket), in East Oak Lane, and oftentimes, the crimes are caught on camera, reports CBS3 Philly.

Surveillance cameras captured an African-American suspect breaking into the rear door of H-Mart with a large crowbar located near North 2nd Street and East Godfrey Avenue in East Oak Lane. Thankfully, nothing was taken from the store.

However, over at a corner market store by Stenton Avenue and Broad Street, burglars broke in by smashing a window and took off with more than $21,000 worth of cash, cigars, cigarettes, and other times, according to CBS3.

“It’s hard. You work real hard at your business,” an employee at Front’s Deli stated to CBS3. “You take care of it and you find out people are just willing to take it from you so easily.”

Authorities say more than a half dozen stores have been burglarized between North Philadelphia and Cheltenham over the last month-and-half by possibly the same group of people.

The burglaries happened in the early morning hours when the stores are closed, according to police.

Restaurant Owner in Critical Condition After Being Shot in Attempted Robbery

“We know that most of the owners are Asian,” an employee at Front’s Deli stated.

“It seems like they’re targeting minorities just because of English and their language barrier,” an employee said.

“Cost of doing business, I guess,” another employee said.