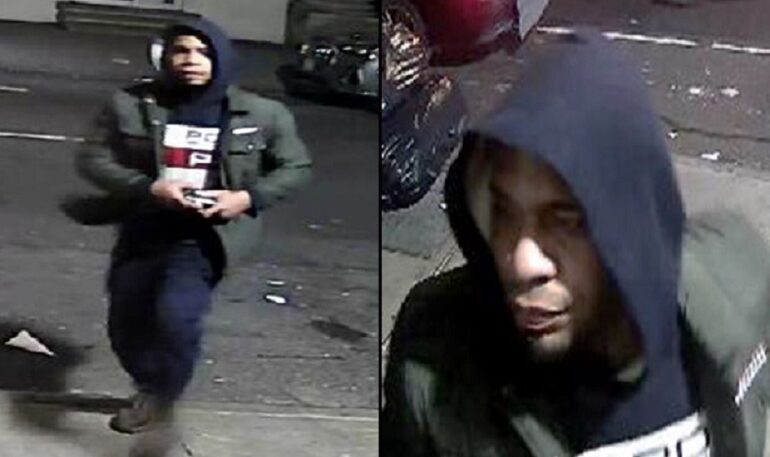 NEW YORK CITY—A South Korean diplomat was “randomly” punched in the face in New York City on Wednesday night, February 9, during what police described as an “unprovoked” attack.

The NYPD is now asking for the public’s assistance in identifying the Black or Afro-Latino suspect who attacked the diplomat in Koreatown.

When officers responded to a 911 call about an assault in the areas of Fifth Avenue and West 35th Street in Midtown Manhattan at around 8:10 p.m., February 9, they found the 52-year-old Korean man suffering from a broken nose and swelling to his face.

Upon further investigation, officers learned the suspect approached the victim and punched him in the face without any provocation before fleeing on foot toward Sixth Avenue, according to ABC News.

Authorities reiterate “the incident was unprovoked.”

The 52-year-old diplomat was transported via ambulance in stable condition to NYU Langone Hospital in Brooklyn.

Hyun-seung Choi, consul and press attache for the South Korean Consulate General in New York City, confirmed the assault of a diplomat from South Korea’s permanent mission to the United Nations but did not name the victim.

“Currently, the individual is recovering after being discharged from the hospital,” Choi told ABC News in a statement Friday. “We are outraged by this senseless and deplorable violence and look forward to a swift resolution of this unfortunate incident. To that end, the Consulate General is closely cooperating with the New York Police Department (NYPD). The department has assured that the investigation of the incident is being carried out in a prompt and thorough manner.”

UPDATE: NYPD is asking for the public's assistance in identifying the individual depicted in the attached photograph in connection with the unprovoked assault of a South Korean diplomat in Koreatown. Being investigated by @NYPDHateCrimes https://t.co/vp5MadHLAr pic.twitter.com/d5QltVR9pj

Miss England Returns to Being a Doctor to Battle Covid-19

South Korea’s Samsung plays an intricate role in the American economy, sometimes good and sometimes bad. Samsung nearly banned all Apple products using its 3G and 4G technology through the International Trade Commission (ITC), however, that decision was overturned by President Obama back in 2013; saving Apple.

A little over seven months later, Apple donated $100 million to Obama’s ConnectED program. Had Samsung’s ban gone through, it would have eventually allowed the Korean giant to block Apple’s future use of its 5G technology.

South Korea’s Samsung currently provides Apple with its OLED screens at a hefty price and is currently manufacturing an advanced $13 billion semiconductor facility in Texas, which will supply the American industry with the latest chips along with Taiwan’s TSMC.

Samsung along with other Asian companies contribute more than $649.3 billion to the U.S. economy and pay 14 percent of all corporate taxes, according to Forbes.