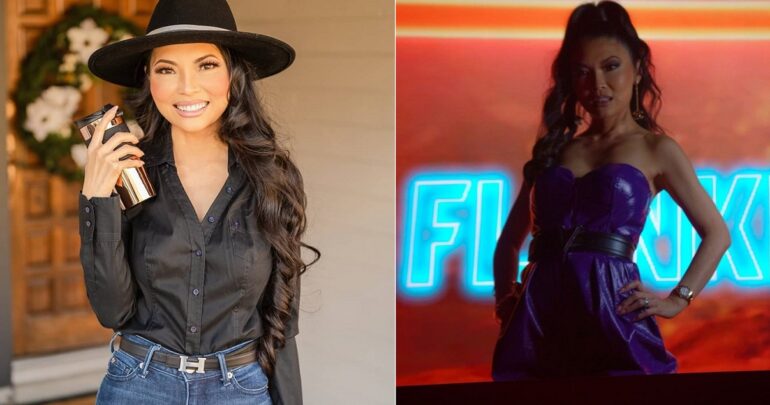 “The Real Housewives of Salt Lake City” Jennie Nguyen has been fired from Bravo after she came under fire last week for social media posts she shared in 2020 during Black Lives Matter protests.

“We recognize we failed to take appropriate action once her offensive social media posts were brought to our attention,” the announcement said.

Nguyen joined the show in its second season, which is still airing. She fled war-torn Vietnam on a boat as a child, she was captured by Thai pirates, and eventually fled to the United States after being rescued in a refugee camp.

Black Lives Matter branches in New York, San Francisco, Los Angeles, and Chicago have displayed actions that could categorize it as a “terrorist” organization.

Jennie from #RHOSLC is facing tons of backlash after her Facebook posts from 2020 have came to light. 😳 pic.twitter.com/NnysIqRw9l

From threatening politicians and civilians if their demands are not met (Hawk Newsome NY BLM), intimidating a judge in Minneapolis, harassing journalists, holding “Smash-and-Grab” rallies in Beverly Hills to crush “White capitalism,” to specifically targeting Asian-owned businesses during 2020 and 2021 riots.

However, Nguyen caved in and issued an apology via Instagram after her posts resurfaced last week.

“At the time, I thought I was speaking out against violence, but I have since learned how offensive and hurtful my words were,” she wrote. “I regret those posts and am sincerely sorry for the pain they caused.”

People were quick to call Nguyen a “racist” for her 2020 posts. However, those very same people are very silent as the Asian-American community experiences ongoing terroristic attacks from violent segments of the African-American population.

Those who scolded Nguyen expect Asian-Americans to tow the party-line and blame all attacks against their community on “white supremacy,” even though video evidence clearly shows the majority of perpetrators being African-American. That’s where Nguyen went wrong.