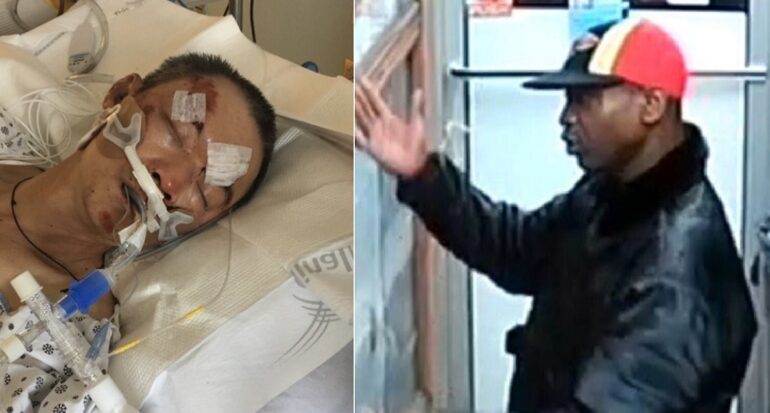 NEW YORK CITY—Yao Pan Ma, 61, succumbed to his injuries on December 31 after nearly nine months of agony. He was a Chinese immigrant who was savagely beaten in April while collecting cans in East Harlem, reports NBC21.

49-year-old Jarrod Powell was previously charged with attempted murder, felony assault, and hate crime charges in the case. However, Ma’s case has now been deemed a homicide.

Yao Pan Ma was collecting cans Friday, April 23, to help his family make ends meet along Third Avenue and East 125th Street around 8:30 p.m. when Powell struck him from behind, causing him to fall to the ground, and then proceeded to repeatedly ghetto stomp Ma.

The vicious attack was caught on surveillance camera. The NYPD stated EMS responded a short time later and rushed Ma to the local hospital.

“My husband is a hard-working man,” Ma’s wife said. “He picks up bottles to help pay the rent and the bills. He is innocent. He did not do anything wrong. He is a very kind person. He is quiet. He doesn’t cause trouble to make people mad.”

“When I saw him in the hospital … his face, I cried. I still cry,” said Ma’s wife, who called out her husband’s name during her Saturday morning visit, “asking if he could hear me.”

At the time, Ma lost his job at a Chinese restaurant because of the pandemic.

Upon Powell’s arrest, he admitted to attacking Ma and stated he did so because Yao “robbed him” the day before.