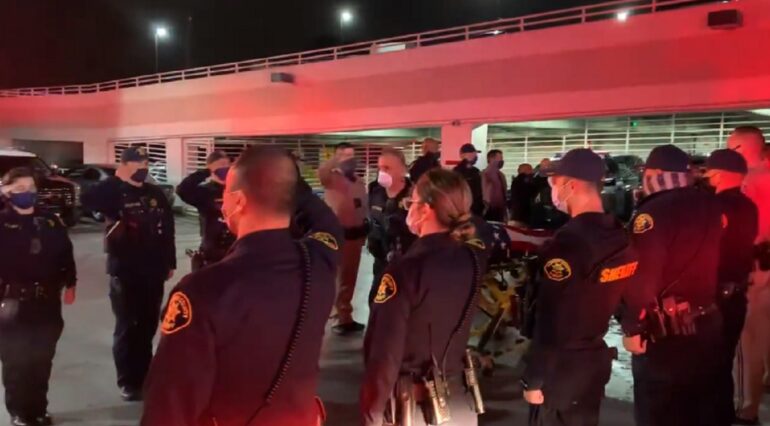 OAKLAND, California—A man was shot and killed while driving on westbound Interstate 580 Tuesday night, according to the California Highway Patrol.

The Alameda County Sheriff’s Office later stated it was one of their young employees who was “murdered” while driving home from work.

According to ABC7, the recruit was going to graduate from the academy in February.

The 28-year-old victim has been identified as David Nguyen.

The 28-year-old victim was driving home from the academy, in his personal car and not in uniform when he was shot. It’s not clear if he was specifically targeted or if it was a random shooting. Both can be possible; it’s Oakland.

Alameda County Sheriff’s Office did say, “This appears to be another senseless act of gun violence on a Bay Area freeway.”

The CHP responded to a report of a crash at the I-580 and I-80 transition around 4:30 p.m. When officers arrived, they found the car up against the guardrail with moderate damage and the driver suffering from a gunshot wound.

The 28-year-old victim was taken to the hospital where he later died from his injuries.

“An unknown assailant fired a gun into the personal vehicle of our recruit, killing him and causing his vehicle to crash,” the Sheriff’s Office said.

The CHP is investigating the shooting and asking anyone with information about the incident to call the CHP Investigation Tip line at (707) 917-4491.