Asia’s Mt. Everest is ‘Racist’ and Nine Black Climbers Are Going to Climb It 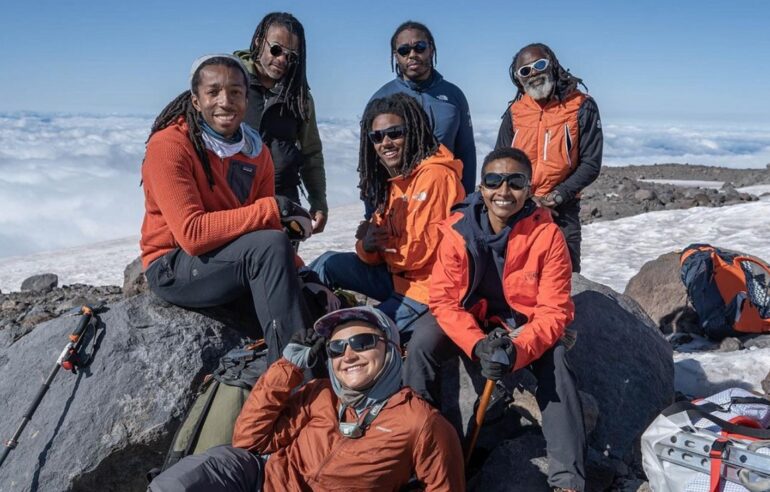 Full Circle’s leader, Fred Campbell, described the event as “the first all-black and brown expedition to the highest place on earth,” in an Instagram video.

According to the Daily Mail, the first two men to ever complete the climb to Mount Everest’s summit were Sherpa Tenzing Norgay of Nepal and Sir Edmund Hillary of New Zealand in 1953.

Many people from the Sherpa community climb the mountain daily during the peak season to carry heavy supplies for climbers. The word “Sherpa” has now become a name for mountain guides as a result.

Since 1953, about 10,155 people have reached Everest’s summit and many of them are Caucasian and Asian; something commentators say is “racist and pro-light-skinned” because only eight black climbers ever made it to the summit.

Nepal has never denied access to the mountain to anyone of African descent. Only 800 people attempt to climb Everest every year, which stands 29,032 feet tall.

The Full Circle Everest Expedition has raised over $154,000 on GoFundMe. The expedition is planning to reach the summit in the spring of 2022, reports the Daily Mail.

“Everest is not the end goal, but just the beginning. Our expedition will reshape the narrative of the outdoors to one that is inclusive and where everyone belongs,” a description of the GoFundMe page read.

“The main reason this is important: Historically, black and brown people haven’t been in these areas and environments, especially not on the highest point of the world,” stated Manoah Ainuu, one of the climbers.

“So we think this is an opportunity to be first in a lot of ways.”

“There’s been an intentional lack of access for Black people. When [Sir Edmund] Hillary first summited [Everest], black people couldn’t even vote in this country.”

Other supporters pointed out Asian countries need to be more open to immigrants from African countries, need to hire more Black people in their companies, and need to start naming locations in Asia after Black people to be more inclusive.

“It’s time we get treated with respect. The United States is where it is because of [black people]. The reason Asia is falling behind is that they don’t allow diversity,” one commentator wrote.