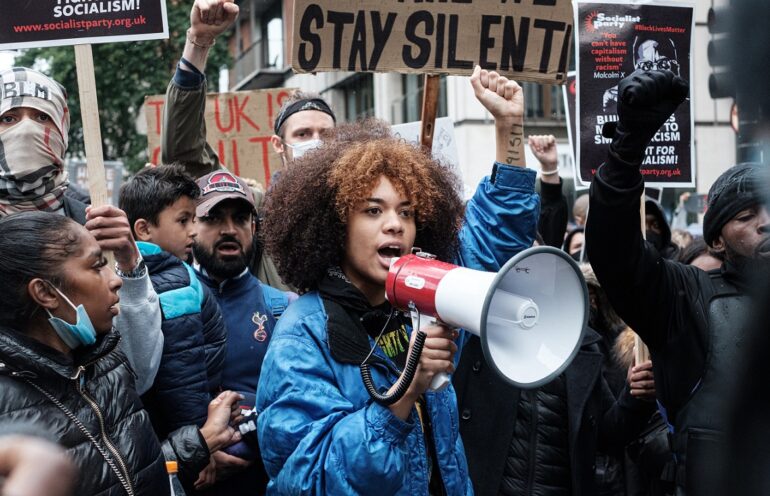 The New York Times recently published a story headlined “In Fight Against Violence, Asian and Black Activists Struggle to Agree,” by Kellen Browning and Brian X. Chen, reporting from Oakland.

In this 1,500 word-story, the New York Times basically blamed racial activists on both sides for failure to communicate as the number one issue that divides both communities. Black Lives Matter supports defunding the police and Asian-American leaders support more policing.

Because the Asian and Black communities can’t agree on policing; the Asian community is being attacked.

The NY Times began the article by pointing out the solidarity the Black and Asian communities supposedly had after the wake of the fatal Atlanta spa shooting in mid-March when a Caucasian man named Robert Aaron Long murdered eight people. Long was sentenced to life without parole after pleading guilty.

“The contrasting attitudes underline how drastically the relationship with law enforcement can differ depending on race. Black Americans have been disproportionately killed by the police, while Asian Americans are among the least likely to be harmed in police encounters,” according to multiple studies.

Hate crimes against Asian people rose 73 percent in 2020, according to the F.B.I. The police killed 192 Black people in the United States this year, compared with 249 last year, according to data from the Mapping Police Violence research and advocacy project,” wrote the NY Times.

Who committed those hate crimes, though? The Media Research Center (MRC), “America’s Media Watchdog” responded to the NY Times with:

“So who committed those hate crimes against Asians? The Times neatly avoided mentioning the disproportionate number of blacks that instigated ‘hate crimes’ against Asians, though the numbers are readily available in the same place the paper found its other data. How can one write about black and Asian relations without mentioning those statistics?” author Clay Waters wrote on MRC’s NewsBusters. “The reporters passed on without condemnation or comment [on] the anti-police radicalism from black-led anti-police groups.”

The New York Times also blamed the Korean business owners for “clashing” with “poorer Black residents” in the 1990s in Los Angeles as the reason why so many African-Americans looted Asian businesses throughout the United States in 2020 and 2021. The Koreans should have let the African-Americans burn their businesses.

Many African-Americans love pointing to a study recently published by the University of Michigan’s Viral Hate Project.

The university reviewed 4,337 stories of anti-Asian attacks covered by the media. Those stories only identified the race of the suspects in just 18 percent of the incidents. In those specific stories, 165 of the offenders were identified as white and 10 were Black.

The University of Michigan’s Viral Hate Project came to the conclusion based on only 18 percent of the perpetrators being identified—more Caucasians are attacking Asians, not black people. With 82 percent of the data unavailable; this is enough proof to blame white people, essentially.

The Viral Hate Project study can be accessed by clicking HERE

“The information that we have, while limited and imperfect, does not support the common claim that Black hostility is driving the current epidemic of anti-Asian racism and violence,” the authors wrote.

The New York Times completely avoids addressing Black-on-Asian violence and even slightly hints at blaming Asian victims for being too financially successful.

Asians should be more broke, so we don’t set off jealous African-Americans.