Flash Mob Robberies Should Now Be Described as ‘Domestic Terrorism’ 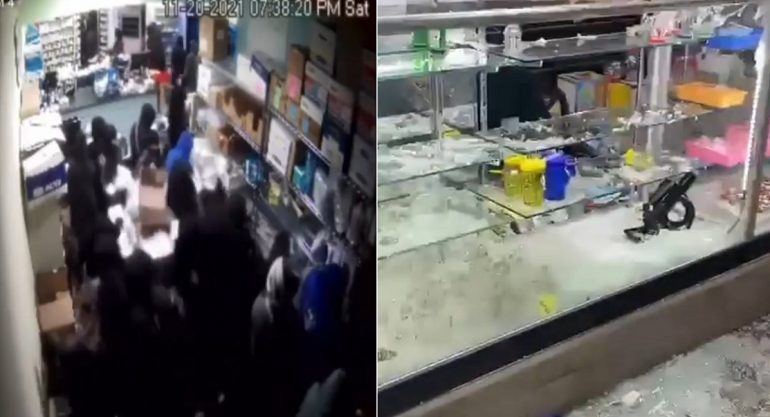 SAN FRANCISCO, California—“Domestic terrorism” is now being used to describe the ongoing crisis of flash mob retail robberies up and down the state of California.

In an interview with KRON4, CEO of the California Retailers Association Rachel Michelin believes using the phrase is appropriate to describe the lasting impact on someone who was behind the counter working, or in the store shopping, when dozens of thieves suddenly appear without warning.

“Suddenly you’ve got 90 people showing up in cars with crowbars and sledgehammers running into the stores and committing these brazen crimes. I think it’s terrorizing to the people in the stores and those employees,” Michelin stated to KRON4.

Although shoplifting is very common in the retail industry, Michelin emphasized businesses in California have never experienced this level of theft and mayhem.

One YouTube commentator stated, “These are white owned companies. They should get robbed and Asians made millions of dollars doing business in our neighborhoods and they’ve never given back our people anything. We should be stealing their TVees at Best Buy. Jst sayin.”

White & Black Americans Are the #1 Cause of Anti-Asian Attacks

“I think we’re still trying to wrap our minds around it. We’re trying to figure what our next steps are, but if we don’t do something bold, if we don’t really work together on solutions, I just want to make sure we stop it. We need to make sure our employees and our customers are safe when they go into a store anywhere in the state of California,” Michelin said.

Politicians keep saying they’ll “do something” about this ongoing crisis but it sounds like fluff talk.  Back in late July, Mayor London Breed of San Francisco cut police funding by $120 million and plans to redistribute the funds to African-American neighborhoods. Similar strategies were implemented in Oakland and Los Angeles.

Basically, to combat the growing number of retail theft, assault, robbery, strong-arm robbery, and rape is to defund policing.