PHILADELPHIA, Pennsylvania—Aruna Mittal, 67, owner of “Any Checks Cashed” was followed into her family-run business around 1:10 pm, Tuesday afternoon and shot and killed by a robber.

The race of the assailant has not been disclosed, however, he is described as a man wearing a blue hoodie, blue vest, dark pants, and shoes, and carrying a red or orange drawstring backpack, according to NBC10 Philadelphia.

Police later added the robber had a bald head and a salt and pepper beard.

At one point during the robbery, Mittal and the robber struggled over the gun. The robber then fired a shot, striking Mittal once in the chest. She was pronounced dead at the scene shortly after.

The robber then fled the scene in an unknown vehicle with an undisclosed amount of money, reports NBC10.

Unkur Mittal, Aruna’s oldest son, told NBC10 his parents were originally from New Delhi, India, and immigrated to the United States years ago and built a successful life together.

His mother was the center of his life.

“She has seven grandchildren,” Unkur stated to NBC10. “She was a wonderful mother who worked day and night. Never argues.”

Unkur further explained his brother is flying in from Europe while other family members are trying to obtain an emergency visa and fly to Philadelphia from India to attend Aruna’s funeral, which will likely take place on Sunday, according to NBC10.

“People have no regard for life. It’s sad. Elderly life. It don’t matter,” Jamal Tucker, a resident who lives in the area, said. “People use any excuse out here to do what they think they need to do. That’s why I try to keep my kids close. Try to protect them the best way I can.”

NBC10 reports as of Tuesday, there were 486 homicides in Philadelphia, up 12% from the same time last year, which was one of the deadliest on record. 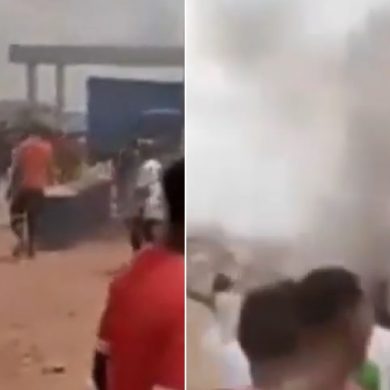