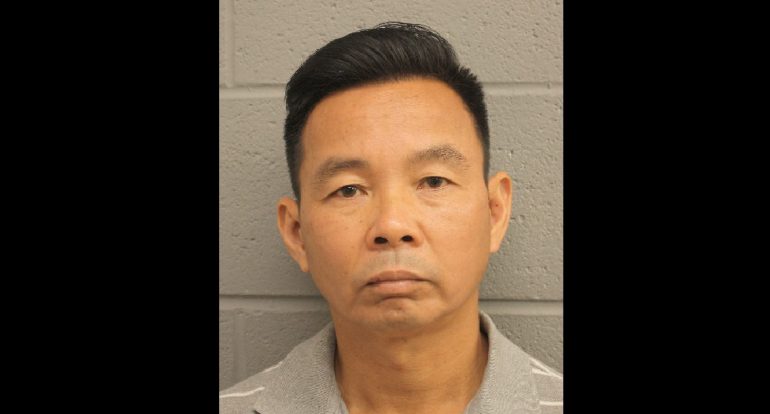 Hedwig Village Police Department, Houston Police Sgt. Tung Tran was arrested on Tuesday and charged with two counts of sexual assault of a child and two counts of indecency with a child, according to Click2Houston.

The 50-year-old former sergeant is accused of sexually assaulting the girl in December 2020 and physically molesting her in March 2021.

“Following a criminal investigation conducted by the Hedwig Village Police Department, Houston Police Sgt. Tung Tran was arrested on Tuesday (Nov. 2) and charged with sexual assault of a child and indecency with a child.

“I am deeply troubled by the alleged actions of this 23-year veteran HPD employee, who was immediately relieved of duty when the accusations were brought to our attention.

“Due to the ongoing investigations, I want to respect the judicial process and will not comment further.”

Tran went before a probable cause court judge on Wednesday, where he learned of his charges and why prosecutors were against a low bond, reports Click2Houston.

Tran’s bond was subsequently set at a collective $260,000 for four charges. An emergency protection order was also granted, prohibiting Tran from having any contact with the victim or her family.

Hedwig Village Police chief David Gott stated Tran refused to talk to investigators when he was arrested on Tuesday and also didn’t use his status as a police officer to commit the crime.